Check out these hilarious impersonations of the Ryder Cup players from Conor Moore. 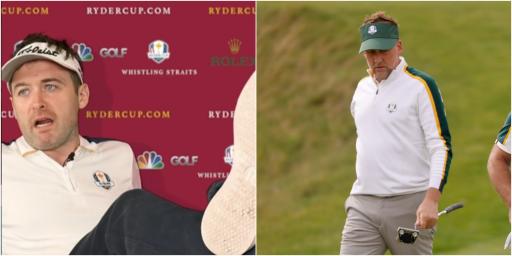 If you haven't heard of Conor Moore - you really should check him out.

He's a comedy impressionist who has made quite a name for himself over the last few years.

From impersonating Liverpool football manager Jurgen Klopp to the intricacies of Bubba Watson's accent - he's got it all.

Now he's released a video on his Instagram page poking fun at the Ryder Cup players from both camps.

And it's fair to say his attempts at impersonating the athletes went down well.

Graeme McDowell, who is a vice-captain for the Europeans this week, appreciated the effort and told him so on Twitter.

RELATED: WHAT WAS REALLY SAID BETWEEN BRYSON AND BROOKS?

Moore, who was born in Mullingar in Ireland, made a name for himself when he worked for the website Joe.

His impression of Tiger Woods was so good he featured in an advert with the big cat.

While he is also a dab hand at impersonating Rory McIlroy and Sergio Garcia.

Jose Mourinho described his impersonation as "very very good" when the pair met earlier this year.

Koepka also appeared to watch the video and responded with an hilarious reply.

Pretty solid but I would never wear Orange this week #GoUsa

There's no doubt Moore will probably be releasing a few more videos over the coming days.

We'll be sure to keep an eye out.

NEXT PAGE: IAN WOOSNAM FIRES SHOTS AT BRYSON AND KOEPKA