Former European Ryder Cup captain Woosnam hits out at Koepka and DeChambeau just days before the start of the Ryder Cup. 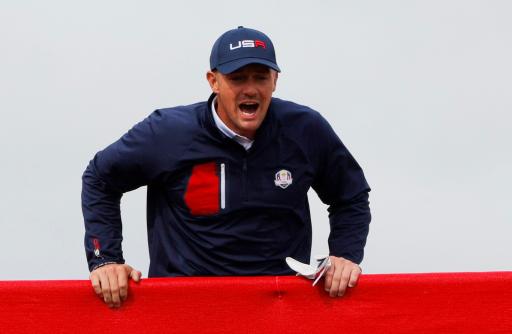 Woosnam, who captained Europe to victory at The K Club in 2006, made his feelings known about the big-hitting American duo during last week's Ian Woosnam Invitational at Ilkley Golf Club.

Hot dogs and wine when the wife’s alway pic.twitter.com/ZFm4mNVbA5

The 1991 Masters champion hit out at Koepka's recent Golf Digest interview and questioned why anyone would want to be paired up with DeChambeau at the Ryder Cup.

He even considers, rather bizarrely, that both players could even sit things out until the Sunday Singles.

"The article Koepka has just done, that’s not nice for his team," said Woosnam in a recent interview.

"It’s not good. He’s basically said, ‘I could do without this, it’s getting me out of my routine doing this’.

"Christ almighty – get a life!

"If I was captain and it was one of my players, I’d be saying ‘What the f**k you doing?’

"All this crap he’s got going with DeChambeau – is it that bad or is it just false? Either way, it’s not good for Stricker."

Once coming up for air, the Welshman then went for DeChambeau.

"Who’d want to play with him (Bryson)?" said Woosnam.

"It wouldn’t surprise me if neither of them played before the singles. They’re already making excuses. You hear all this stuff last time between Dustin Johnson and Koepka. Is there something going on with Koepka?

"Is he one of these guys who likes to stir everything? Is it arrogance? It’s almost like he’s shrugging them all off and saying I don’t want to be like you."

NEXT PAGE: PAIGE SPIRANAC BELIEVES A PAIRING OF BROOKS KOEPKA AND BRYSON DECHAMBEAU WOULD BE "UNSTOPPABLE" AT THE RYDER CUP