WATCH: WWE star Mandy Rose tees it up at the Ryder Cup

Mandy Rose spends most of her time performing in front of thousands in the ring, but this week she has been on the golf course. 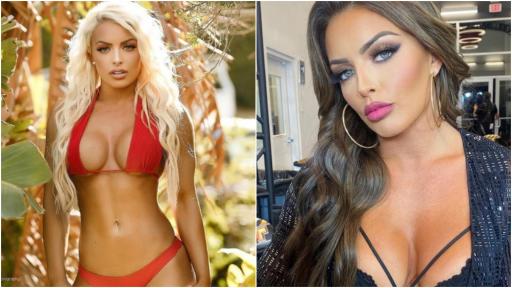 Mandy Rose made her debut in the WWE in 2015 and she has since performed at some of the industry's biggest events such as Wrestlemania.

In 2015, Rose placed second on the WWE competition Tough Enough, after which she signed a contract with the popular entertainment company.

This week, the 31-year-old swapped her WWE costumes for a jacket, smart trousers and a set of golf clubs to compete in the Celebrity Ryder Cup match at Whistling Straits.

Felton, unfortunately, collapsed during the match and had to receive medical attention. He was taken to a local hospital and the Harry Potter actor has since confirmed that he is 'on the mend'.

Rose said that it was an honour to compete in the event and she said that she may even get the bug to play golf more regularly away from the ring.

Rose made her main roster debut in the WWE in 2017. She then competed alongside Sonya Deville as a tag team, known as Fire and Desire.

It is not often that the worlds of WWE and golf cross over, but this is what celebrity golf matches can bring and it provides great entertainment for all of the spectators.

NEXT PAGE: DID JORDAN SPIETH EXPERIENCE THE WORST LIP-OUT IN RYDER CUP HISTORY?