The pair reportedly met at the Grand Prix in Abu Dhabi and were married two years later. 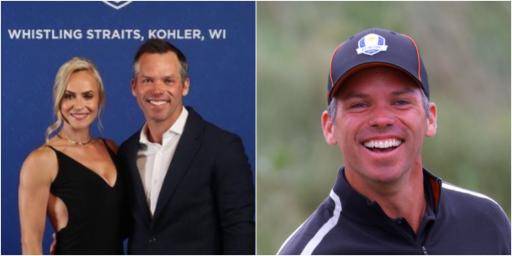 Paul Casey has established himself as one of the best golfers in the world and a reliable member of the European Ryder Cup teams.

He's been around for just over two decades after he turned professional in the year 2000 and joined the European Tour a year later.

In 2009, Casey achieved his highest position of third in the official world golf rankings after claiming his first victory on the PGA Tour.

Casey claimed victory at the Shell Houston Open after defeating J.B. Holmes in a play-off.

Although he has never won a major, Casey has won a number of huge events.

He won the BMW PGA Championship at Wentworth in 2009.

He has had a number of top-10 finishes in majors including T2 finish at the PGA Championship in 2020.

He has represented Europe on five occasions at the Ryder Cup, winning on three occasions.

But what about Casey's personal life? He is married to Pollyanna Woodward and reportedly met her in 2011.

Casey had previously been married to Jocelyn Hefner, a distant cousin of the late Playboy editor-in-chief Hugh Hefner.

He met Woodward at the Formula One in Abu Dhabi and they have two children together, a son called Lex and a daughter called Astaria.

Woodward is a former television presenter and actor who co-presented the television series The Gadget Show from 2010 to 2013.

She has acted in daytime soap Doctors, Ghost Squad and also competed in a show which tracks celebrities as they learn to dive called Splash!

Other previous roles include working for talkSPORT and in her spare time she enjoys hiking and skiing.

She is regularly spotted supporting Casey on both the European and PGA Tour circuit and is at Whistling Straits this weekend.

NEXT PAGE: US FANS' BEHAVIOUR CRITICISED AT RYDER CUP