Why does 15-time major champion Tiger Woods perform so POORLY in the Ryder Cup?

The big cat's team mates usually play just as badly as he does, so what is the reason for his below-par performances? 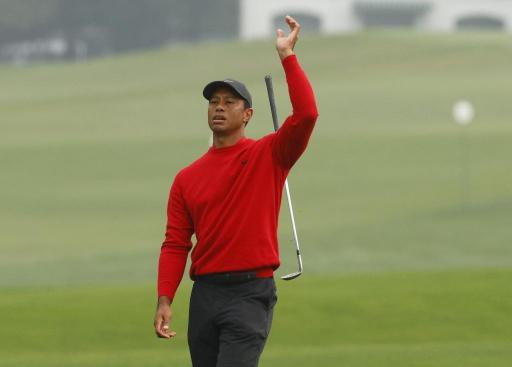 How can a player who has transcended the sport of golf be so poor at the most iconic team event?

This is the question we constantly ask ourselves of Tiger Woods when we think of his exploits - or lack of -  at the Ryder Cup.

Woods is absent from Whistling Straits as he recovers from a nasty car crash as a result of driving far too quickly.

Let's take a trip down memory lane and look at each Ryder Cup he has played in to see how he has fared and if we are being unkind.

Tiger went 1-3-1 at the 1997 Ryder Cup which Europe claimed. He was played in every session (five matches) by US captain Tom Kite.

Was Woods running on empty?

He was 21 years old and despite having already won the Masters that year was there possibly too much pressure on him?

What a swing.
What a shot.

Two years later Woods went 2-3-0 as the US won back the trophy at the infamous Battle at Brookline.

Woods didn't fare well on Friday and Saturday as he went 1-3 but managed to take down European rookie Andrew Coltart on the final day.

He was a big part of the comeback as they trailed 10-6 going into the final day.

By this point, the big cat is 26 years old and was a force to be reckoned with paired with Davis Love III on the Saturday.

He played in the final match against Jesper Parnevik but by the time he halved the trophy was already in Europe's hands.

Was it a mistake not to put him out early?

He paired with Phil Mickelson and the two were dreadful as their opponents had their biggest ever first-day lead.

Perhaps Tiger needs to own this performance?

Two years later in 2006 Woods went 3-2 and defeated Robert Karlsson in the singles. He won once with Jim Furyk.

Europe won again in 2010 but it was a terrible season for Woods.

At 34 years of age and a few injuries creeping in, Woods won nothing on Tour and scraped a few top-10s.

He won his singles match against Francesco Molinari but it wasn't enough.

His record doesn't really paint the true picture of what happened.

His matches were close and by the time he halved with Molinari again the US were stunned.

Woods was poor at Le Golf National in Paris, but so were his side. He went 0-4-0 and was struggling with the conditions.

Tiger is a selfish player but that shouldn't make him a poor Ryder Cup player - far from it.

Stripe. Twirl. Repeat. @TigerWoods is back at the #RyderCup pic.twitter.com/3zgNNwFacP

When you look at his record overall it's easy to throw criticism his way, suggesting his attitude was poor.

Remember when he joked there were "a million reasons why" he would rather win a major than the Ryder Cup?

Perhaps just tongue in cheek but some took it to mean he'd rather win the million dollar paycheque for winning a major.

The best conclusion we can come to is that Woods just doesn't play well when he is paired with someone. The stats prove this.

There are many on both sides who have proven to be strong in the singles but weaker in the team events.

Woods just attracts more attention because of who he is.

He has one victory and tasted defeat seven times.

Is he just unlucky and not winning that coin toss, as Patrick Cantlay alluded to earlier this week?

It;s difficult to say but perhaps he is not so different afterall?

NEXT PAGE: USA DOMINATE FIRST SESSION ON DAY ONE OF RYDER CUP