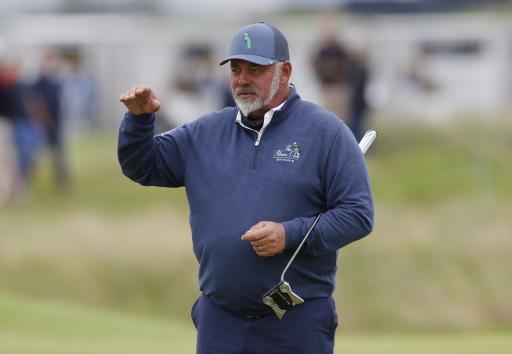 Former Open champion Darren Clarke held his lead at the Senior Open Championship after two rounds with a solid score of 3-under-par.

Clarke is making only his second appearance at the Senior Open at Sunningdale, but he holds a one-shot advantage over Jerry Kelly and Bernhard Langer.

The 2011 Open champion had a mixed front nine. He birdied two of his opening three holes, but then unfortunately made three consecutive bogeys from hole 6 to hole 8.

The Northern Irishman found birdies on four of his last six holes to climb back up the leaderboard to finish on 8-under-par with 36 holes left.

One player who will be hunting Clarke down is none other than Langer, who has dominated this tournament in recent years by winning it an impressive four times.

The popular German started in perfect fashion with an eagle at the par-5 1st hole, which lifted him to 6-under-par for the tournament.

Langer added birdies at the 11th and 13th holes to tie with Clarke on 8-under-par, before he bogeyed the par-4 16th hole to fall one shot behind.

The two-time Masters champion has performed beyond his years for a while now and on one hole at Sunningdale, he hit a stunning 350-yard drive.

Langer is in tied second place alongside the American Kelly, who shot a round of 4-under-par to reach 7-under-par for the tournament.

NEXT PAGE: JEONGEUN LEE6 TIES LOWEST ROUND EVER AT MAJOR TOURNAMENT AT EVIAN CHAMPIONSHIP