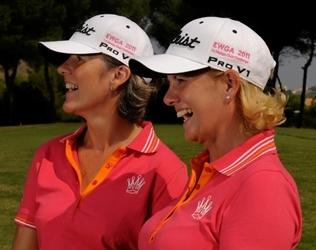 Organised by EWGA, which  merges with the EGU into England Golf in January, the 36-hole Stableford event on the North Course was won by Hockley Golf Club’s Judie Lewis with 63 points off her seven handicap.

“This week has been fantastic. It’s lovely to play golf with other women and you become such good friends,” said Judie.

Rochester and Cobham Park’s Claire Green defended her fourball-betterball pairs title on the South Course, with Linda Berriman, before they joined forces with Kam Cheema and Carole Mathieson to retain the fourball team competition on the West Course.