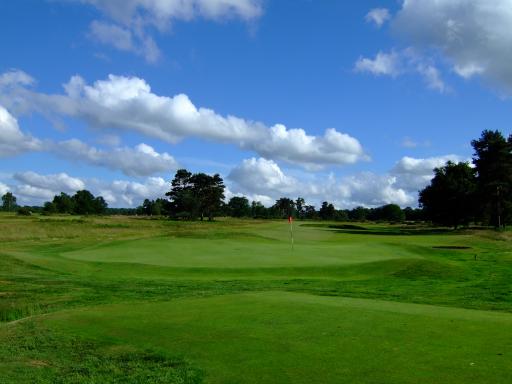 Winston Churchill was a member alongside three other British Prime Ministers. Five-time major champion James Braid was the club pro from 1904 to 1950.

That alone should be enough to convince you into making a trip to this serene Surrey outpost. But the truth is, even without all of its remarkable history and illustrious members, Walton Heath stands as one of England’s best golf clubs thanks to its two remarkable layouts - the Old and New.

Based in Walton-on-the-Hill, Walton Heath Golf Club was founded in 1904. Three years on, a second nine was added, later to become a full 18 holes labelled “the New Course”.

The clubhouse has an unassuming, friendly atmosphere, overlooking a superb, pristine practice putting green. It has the quiet demeanour of a club that knows its worth, and therefore feels no need for ostentation.

A short walk over the road takes golfers to the first hole, a gentle short par four which is reachable in one careful strike for some.

But once you have navigated the tepid opening couple, the course starts to bare its teeth.

Long par fours will test your mid to long iron play, as will heather (the clue was in the name). The majority of fairways have heather on either side of the tee, and players can almost count it as a penalty stroke if they find themselves in the thick stuff.

Chunking out back onto the fairway is the best option, as getting a clean strike on the ball is a lottery.

It means golfers need to be on their game when teeing it up, or a lot of scrambling will be required. Fairway bunkering is also a interesting test, forcing golfers to pick a strategic line off many tees.

While it’s tough off the tee, the greens are fairly sized and not too undulating, allowing golfers to have a sniff even when putting from the edges.

The putting surfaces were still in immaculate condition when we played in late October, running fast and true.

The New dovetails with the Old Course, and you will see the club’s ameable members out walking their dogs on both tracks. While the Old is generally considered to be slightly tougher and the club’s number one design, it would be remiss not to try the New when visiting as it's a stunning layout in its own right.

Kept in immaculate condition, the New Course is a heathland classic. Relatively open, players must bring their A-game on the tee box in order to avoid the heather.

Long holes will test your iron play, but if you find your way onto the pure greens in regulation, you will often have a shot at birdie thanks to relatively flat greens - and a high standard of surface!

A club festooned in history, with a course to match. Walton Heath is among England’s best.