The Big Easy explains why he's not bothered about playing The Masters again... 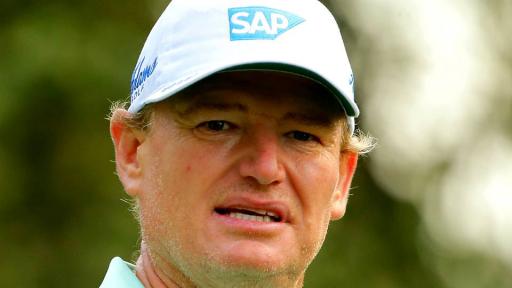 Teeing up amongst the azaleas and perfectly manicured fairways at The Masters would be the stuff of dreams for most avid golfers. Not Ernie Els though. Well not anymore at least, as he embarks on turning 50 later this year.

How to hit a punch shot

Els has told The New York Post how he won't ever miss playing at Augusta National in The Masters as he has endured too much hurt from the tournament down the years.

The South African's biggest mental scars came in 2000 when losing by one stroke to Phil Mickelson on the final green, and most notably his putting meltdown on the first hole in 2016 when taking five putts from within three feet for a quintuple-bogey nine.

Els' recent results at golf's first major of the year have also left little to be desired with a tie for 22nd in 2015, and two missed cuts and a solo 53rd since 2014. So much so, he even refused a special invitation to play in the tournament last year.

The four-time major champion will unlikely ever play in The Masters again, and he really isn't bothered about it.

"To be honest with you, I won't ever miss the place," said Els, twice a runner-up in The Masters back in 2000 and 2004. "I had enough of it, especially the last five years. I played terribly.

"When a thing stings you, it keeps stinging you. When it gives to you, it keeps on giving. I've seen that with Gary Player, I’ve seen it with Jack Nicklaus. I’ve got a love-hate relationship with the place. It was always almost like a curse to me. It was not a romantic deal to me.

"It was a f–king nightmare for the most part.

"You start disliking the place when you shouldn’t. I try to keep my honor for the golf course and the people, because the members are great and the course is actually great. But it just doesn’t want to give me anything and then I was finally like, ‘You know what? That’s fine. Let’s move on.’

"It’s like, ‘Sh-t, it’s not giving me anything. How many times do you want to run into a wall?’ That how I felt my last couple of years. I didn’t want to say it before, and I don’t have any bad feelings about it. It’s just the way it is. I had enough of it. Move on. It’s a unique place, but I’m done with it. It’s done with me."

Els has the option of joining the Champions Tour in 2020 as he turns 50 in October this year.

PGA Tour
PGA Tour pro after seeing rookie Tiger Woods: "What the F was that?"
DP World Tour
Tiger Woods would have won if he didn't speak to me, says Robert Rock
PGA Tour
How is Tiger Woods doing? What is the latest on Tiger Woods?
PGA Tour
How to watch PGA Tour on ESPN+ Here is everything you need to know
DP World Tour
Tommy Fleetwood looking to put 'forgettable' 2021 behind him