Danny Lee apologises for "foolish" actions at US Open 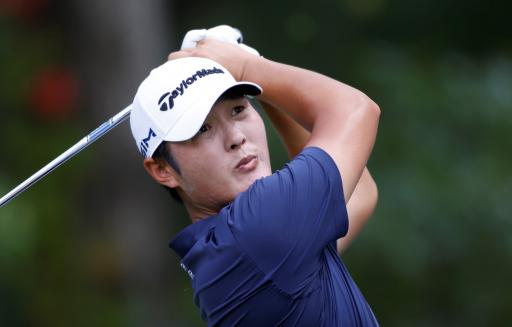 Two years at the US Open, you might recall Phil Mickelson's frustrations reached boiling point when he struck a moving ball on the green. At last week's US Open, Danny Lee lost his rag when taking six putts from inside of four feet without seemingly a care in the world.

Despite going on to withdraw from the US Open on Saturday night through a wrist injury, Lee has since apologised for his "foolish and unprofessional" actions on the 18th green, before slamming his putter into his bag. We're sorry Danny, but we can't get enough of the Happy Gilmore remake to your six-jab...

Just got an extended version of Danny Lee’s 6 putt from yesterday. pic.twitter.com/lAQowgOMiM

"I apologise for my poor actions at US Open last week," reads the New Zealander's apology.

"It was very unprofessional and foolish. I obviously hurt lots of my fans and followers and my sponsors out there... my frustration took over me and combined with injury I had to fight with it for all week.

"Still just an excuse. I shouldn't have left like that... and I would also like to apoligise to the USGA as they did a tremendous job last week at Winged Foot both on the course and off the course.

"I'm now going to take some time off and think about what I did and starting next time I'll show up as a better person and have better sportsmanship.