Rafa Cabrera Bello changed his ENTIRE BAG at the US Open

Rafa Cabrera Bello swapped his whole golf bag in less than 24 hours at the US Open... 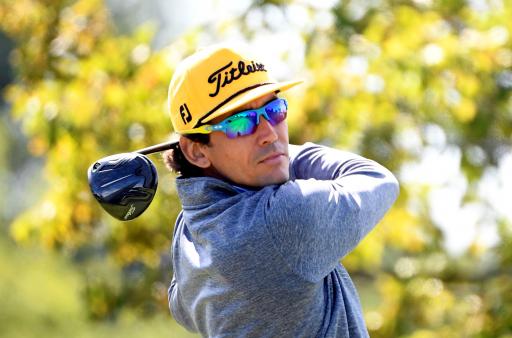 When it comes to changing golf clubs on the PGA Tour, most golfers like to take their time. They spend the entire off-season tweaking, testing and dialling in (I can't stand that phrase) their new clubs until they feel comfortable enough taking them inside the ropes.

For many world class golfers, it's a process. Not a 24-hour quick fix. That's why it somewhat comes as a shock to learn Spain's Rafa Cabrera Bello had a full bag fitting during last week's US Open and stuck all of his new clubs in play straight away at Winged Foot.

Then again, after five missed cuts since golf's return in June it probably wasn't the toughest decision he's ever had to make.

To the Spaniard's credit, he enjoyed a solid week at the second major of the year, moving right into contention heading into the weekend following rounds of 68 and 70.

Unfortunately he slipped back into the pack over Saturday and Sunday with rounds of 74 and 78, but he finished in a respectable tie for 23rd, despite finishing 16 strokes behind eventual US Open champion Bryson DeChambeau.

According to a Golf WRX report on what happened, the World No.67 played with his new Titleist clubs for the first time on Monday and had stuck them in his bag by the Tuesday.

Cabrera Bello did, however, maintain his Scotty Cameron Tour Rat Newport 2 putter, and he remains with the Titleist Pro V1 X golf ball.