Jon Rahm is hoping to become the first Spaniard to win a US Open title and feels he is in great shape to do so. 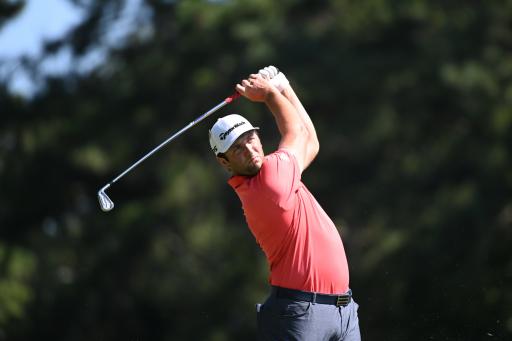 Jon Rahm is hoping to become the first Spaniard in history to win the US Open and after winning events at two of the toughest courses on the PGA Tour last season, Rahm is confident he can put himself in contention.

The Memorial Tournament at Muirfield Village proved to be a challenging set-up on the PGA Tour last season and Rahm shot a 3-over par final round which was still good enough to win the tournament with a final score of 9-under.

Weeks later at the BMW Championship, a FedExCup play-off event, Rahm equalled Dustin Johnson's tournament score of 4-under to force a play-off between the two, where the Spaniard was victorious.

This week's venue for the US Open sees the field take on Winged Foot in New York, one of the toughest courses in the world according to Tiger Woods and Rahm thinks his previous two wins can help motivate him to perform at the level needed to win his first major trophy.

"I think I've always thought US Open is the type of golf course I can win on. I know my game can win on any golf course, but when you're playing good, again, it becomes a mental challenge, so I welcome those.

"I'm not going to lie to say this; there's always something extra special to be possibly the first Spanish player to win a US Open. That would be amazing. So it's a bit of an extra motivation there to play good this week and do what I have to do.

"Besides having a strategy, it's playing good golf. It's sort of like in boxing where Mike Tyson said everybody has a plan until they get punched in the face. It's the same thing here. We all have a plan, but if you hit it sideways, you have got to figure it out."

Although Winged Foot is a mammoth 7477-yards long, Rahm now has even more confidence after showing so much grit and determination to win two difficult events in recent months.

"It's going to give me confidence knowing that I can get it done," Rahm said. "I think it's going to be a little bit different just because this golf course plays a little bit longer, but still you just need to play solid shots.

"And at the end of the day, there's going to be a lot of people playing really good golf. It just comes to mental strength, right, who can endure the most and who can endure until the end. It's that simple.

Rahm begins his week at 6:27pm (UK time) on Thursday, starting on the 1st tee alongside Phil Mickelson and Paul Casey.

Previous
Bryson DeChambeau: "I want to drive the greens every week"
Next
Golfer makes TWO ACES in one round during charity event