You won't believe how deep the rough is at the US Open this week...

WATCH: The rough at Winged Foot is going to cause some serious problems this week. 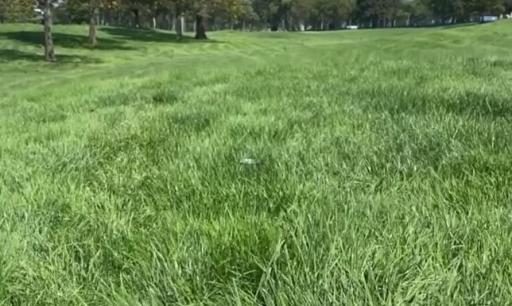 It's major week people! We might be without the fantastic New York crowds at Winged Foot this week, but we are certainly in for an entertaining US Open at one of the toughest courses on the planet.

Tiger Woods spoke to the media ahead of the US Open where he said that Winged Foot is one of the most challenging courses that he has ever played.

"I think Winged Foot is right up there next to Oakmont and Carnoustie as far as just sheer difficulty without even doing anything to the course," said Woods.

Not only is Winged Foot an extremely long course, but the firm fairways and fast greens cause all sorts of problems, so accuracy is absolutely crucial.

Players could land their ball in the fairway and with a few unlucky bounces could quickly see the ball disappear into the unforgiving rough. Watch the video below where you can get an idea of just how nasty the rough at Winged Foot can be.

With this rough, you don't want a shot from here on No. 18 at Winged Foot. pic.twitter.com/6bnzZYaPEj

You can also see just how deep certain parts of the rough are in this video, where a can of Arnold Palmer iced tea is pretty much completely consumed by the grass.

Spotters will play a crucial role this week to deal with the deep, thick rough at Winged Foot...