Phil Mickelson takes swipe at USGA ahead of US Open

Shinnecock held a farcical US open in 2004 - Phil came runner-up. He hasn't forgotten. 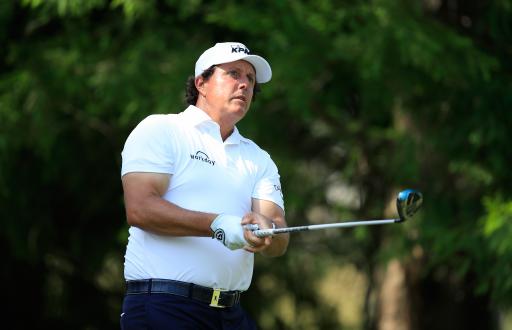 With the US Open circling on New York’s Shinnecock Hills this week, thoughts will inevitably return to the last time the layout hosted the event, which turned into one of the most farcical majors in history.

In 2004, green speeds went off the charts, leading to an average score on Sunday of 79, with no player breaking par -  “this is not the way it’s supposed to be played,” said Tiger Woods.

That day, Phil Mickelson shot a 71 to finish runner-up, two behind champion Retief Goosen. That is one of SIX runner-ups Lefty has in the US Open, the last major he needs to complete the Grand Slam.

You can see why he’s frustrated, and in the past the USGA has born the brunt of his anger for the way they have set up the course. 2018 is no different.

When asked recently what he makes of the 7th hole at Shinnecock?

“I think it’s a great hole until the USGA gets a hold of it,” Mickelson replied. “I’m concerned every time they get a hold of it.”