Rory McIlroy on US Open close call: "It's a BIG STEP in the right direction" 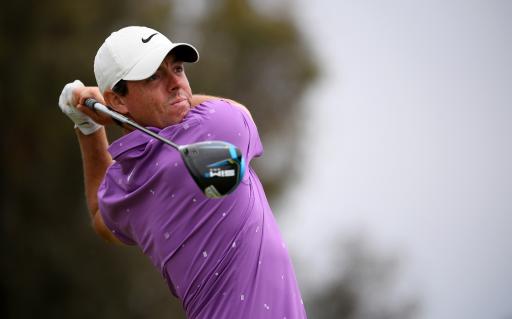 Rory McIlroy believes his close call at the US Open and eventual tie for seventh at Torrey Pines was a "big step in the right direction" as he looks to get back on the major ladder.

McIlroy, 32, has four majors to his name but the last one dates back to the 2014 US PGA Championship at Valhalla.

The former World No.1 moved to within one shot of the lead around the turn on Sunday when going out in 34 shots, but he then came unstuck with a bogey at the 11th followed by a disastrous double-bogey at the 12th when his ball plugged in the side of the bunker.

McIlroy then found the green in two shots at the par-5 13th to make a birdie but he would hand it back at the 16th en route to a round of 73 and tie for seventh on 1-under par, five shots behind eventual winner Jon Rahm.

Nevertheless, despite his near miss, it did at least mark McIlroy's best finish at the US Open since his victory in 2011. It also was a marked improvement on his missed cut in this year's Masters in April and tie for 49th at the US PGA Championship last month.

McIlroy is going to try to build on the positives - especially his superb round of 67 on Saturday - rather than reflect on the negatives of Sunday.

"I'll think a lot about the way I played yesterday [Saturday] and how I hit it tee to green," said McIlroy. "I think I gained over five strokes on the field tee to green yesterday. So I have to take the positives from this week.

"Yes, it is disappointing that I had a chance and didn't get the job done, but considering where I've been the previous few majors, it's a big step in the right direction."

The Northern Irishman landed his first victory since November 2019 when taking the the Wells Fargo Championship by one shot in early May.

As for Rahm winning his first major title in his first tournament back since having to withdraw after a positive Covid test when holding a six-shot lead at the Memorial Tournament, McIlroy is in no doubt that he has won back-to-back tournaments on the PGA Tour.

"He was a major champion in waiting, it was just a matter of time," said McIlroy.

"He's won two tournaments in a row. I don't care what anyone says. He had that title [at Memorial]. It was unfortunate at the end of the day, but he's been playing some really, really good golf.

"Mentally, I think you have to be in a good place to bounce back from something like that, but he obviously knew his game was there, and he just had to go out and play the way he knows he can."

NEXT PAGE: BRYSON DECHAMBEAU IMPLODES ON THE BACK NINE AT THE US OPEN - AND ALSO FACES A STREAKER!

Previous
Bryson DeChambeau endures SHOCKING BACK NINE and a STREAKER at the US Open!
Next
Jon Rahm: What's in the bag of the new US Open champion