Guido Migliozzi finishes FOURTH in major debut at US Open 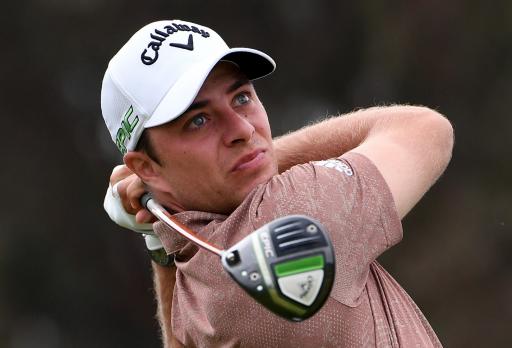 Guido Migliozzi made us very proud at the US Open on Sunday as the major debutant and GolfMagic Tour Blogger carded a superb final-round 68 to finish tied fourth at Torrey Pines.

Migliozzi, 24, has been writing a regular blog for GolfMagic ever since he first signed for Niall Horan's Modest! Golf Management team back in 2016, sharing lots of great insight into his game, sponsors, life on the road and nifty tips for our readers to take onto the course.

Two years later, the fresh-faced Italian was soon following in the footsteps of England's Matt Wallace by going win crazy on the Alps Tour, racking up a trio of victories in the space of just 12 months.

After getting a taste for popping champagne corks and etching his name on silverware, Migliozzi then took his game to the next level in 2019 with two European Tour titles in four months at the Magical Kenya Open and Belgian Knockout.

In 2021, Migliozzi has without question enjoyed his greatest season to date on Tour, especially when you take a look at his last three consecutive results of 2-2-4 in some very big events indeed.

Migliozzi fired a final-round 65 to finish tied second at the Qatar Masters in March, and then followed that up more recently with two solo runner-up spots at the British Masters, when agonisingly losing in a playoff to Richard Bland, and at the Made in HimmerLand when trailing Bernd Wiesberger by five shots.

But his incredible tie for fourth at the US Open at Torrey Pines on Sunday - aided by plenty of fist pumps - finally announced his name on the world stage, and built him a new following of fans in the process.

Do you get the impression Guido Migliozzi was happy with that long-range birdie?!

The Italian is now just three off the #USOpen lead.

Watch the final round live on Sky Sports Golf or follow updates via the live blog. pic.twitter.com/fE0f7xcG6E

On a tough final day in San Diego where many of the game's greats such as Bryson DeChambeau, Rory McIlroy, Brooks Koepka, Collin Morikawa and Dustin Johnson were all making a mess of the closing holes down the stretch, it was Migliozzi who was one of only a few players holding their nerve.

Let's not forget this was his major debut too, and he would have been excused for jumping aboard the bogey train coming home.

Not our Guido. He was born for this stage.

Guido's epic performance at Torrey Pines now means he will earn a place in next year's Masters for the first time in his career, and he will also get to go back and play in the 2022 US Open.

He's also jumped up to a career-best 72nd in the Official World Golf Rankings and has given himself an outside shot at making the 2021 European Ryder Cup team.

Guido will also be teeing it up on the PGA Tour this week at the Travelers Championship.

"Starting the week, I was thinking I have only one chance to win my first major," said Guido.

"It was a tough thing, but I take my position. My thinking today in the morning was to be able to give me a chance to get into the top 10, so I'm very happy about the score today.

"My game is in a good spot and I'm really happy. Even under pressure, I'm performing well. I'm happy and I can't wait to play another tournament."

Excuse us for getting a little excited but we could not be happier for Guido and his management team off the back of his latest result, and we wish him all the best for the rest of the season and beyond.