Spieth: No Tour players surprised with Fleetwood's 'absurd' US Open 63

Jordan Spieth tips the Englishman to challenge at the Open. 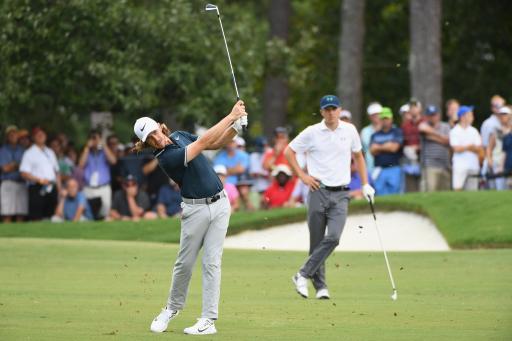 Tommy Fleetwood matched the all-time lowest score at a US Open on Sunday with a round of 63, rocketing him up the leaderboard to a runner-up finish behind Brooks Koepka.

That was at an event where no player finished under par. Granted, the course played significantly easier on Sunday, but a 63 is a 63.

Some Stateside may not be fully accustomed with the current European Tour’s Race to Dubai champion as he’s only recently started playing on that side of the Pond, but you can be sure Tour players know who he is.

One of his many admirers is current Open champion Jordan Spieth, who is tipping the Englishman for the 2018 Open at Carnoustie.

“It’s unheard of. It’s a fantastic round, and I don’t think anybody was surprised, any Tour player was surprised that Tommy Fleetwood did it.

“He certainly has the game, the capabilities, and somebody who has proven he’s not afraid of the moment of the shot. I can certainly see him as one of the favourites, somebody who will have a lot of momentum if he works his way up to the lead.”

Looking ahead to the Open at Carnoustie, Spieth said he loves links golf but is wary of the weather which could make the course 'as tough as Shinnecock'.