Mickelson on hitting moving ball: "I was willing to withdraw from US Open" 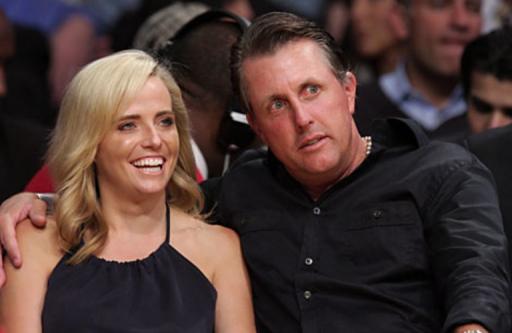 Phil Mickelson's wife Amy has revealed how her husband was "fully willing to withdraw" from the US Open after hitting a moving ball on the 13th hole at Shinnecock Hills on Saturday.

Mickelson knew under Rule 14-5 that by hitting his ball while still in motion would result in a two-stroke penalty, something he later described as "something I'd been thinking about for a while."

But the five-time major champion was arguably lucky not to be disqualified under Rule 1-2, given his actions iunder the rule book appeared to give him a "significant advantage" by not having to play his next shot from off the green.

Mickelson made no apologies for his actions after his round, and asked anyone offended to "toughen up".

While Mickelson chose not speak to the media after shooting a 1-under 69 on Sunday - a round in which he sarcastically celebrated making a par at 13 - his wife Amy leapt to his defence.

"He's not perfect — I'm not, you're not. You might have a bad day at work or do something or say something that you regret.

"When [players] do it, it’s on a very large stage and there’s so much immediate reaction on Twitter and social media, it can overwhelm."

As for Mickelson's attempt at winning the career grand slam at next year's US Open, Amy revealed he wants it "more than anything."

"I’ve believed that since we were 20 years old. You have to have that self-belief for it to become a reality."