The US Open has seen some incredible moments over the years and we have chosen our favourite five moments from the famous tournament. 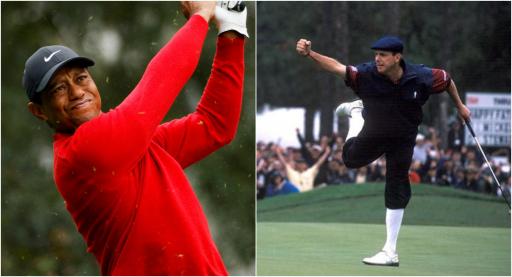 Over the years, the US Open has seen so many memorable and emotional moments where we have seen superb golf and wins that we will never forget.

The championship has returned to Torrey Pines this week, where Tiger Woods produced one of the great US Open performances to win his 14th major title in 2008.

Bryson DeChambeau will be hoping to etch his name into the event's history again as he looks to defend the title that he won at Winged Foot back in September.

Phil Mickelson is also looking to make more history at Torrey Pines this week by becoming only the sixth player in the game to complete the major grand slam.

Here are our top five moments in the history of the US Open.

Mickelson was the unfortunate player to be on the end of a superb Payne Stewart win on the final hole at Pinehurst in 1999. Stewart rolled in a fantastic putt to secure his third major title.

Stewart's win will always be remembered for his iconic celebration on the final green but also because just a few months later, he tragically died in an aeroplane accident.

Woods' win at the US Open in 2008 was made all the more incredible as he had to deal with what was suspected to be a broken leg. During the final round, it seemed every swing made the golf legend grimace with pain.

He holed a great birdie putt at the 72nd hole at Torrey Pines to force an 18-hole playoff with Rocco Mediate. Woods secured victory on the first extra hole to lift his third US Open title.

Tom Watson was tied with his old friend and foe Jack Nicklaus on the par-3 17th hole at Pebble Beach when he hit his tee shot into deep rough left of the green.

Watson incredibly chipped in to take a one-shot advantage over Nicklaus heading into the final hole, and he made another birdie to secure his only ever win at the US Open.

Arnold Palmer was seven shots behind Mike Souchak after 54 holes and looked out of the tournament at that stage in 1960. But the King surged on the final day, starting with birdies on the first two holes.

Palmer shot a scintillating score of 65 at Cherry Hills Country Club to win the tournament and secure his first and only US Open title.

Woods defied belief and imagination in 2000 at Pebble Beach when he destroyed the field by 15 shots. In 1997, he won The Masters by 12 shots, so it seemed impossible for him to raise the standard even further.

He led by six shots after 36 holes and then by 10 shots with one round remaining. Woods finished his tournament with a final-round 67 to complete a dominant display.

NEXT PAGE: BROOKS KOEPKA TO CADDIE FOR PHIL MICKELSON? AARON RODGERS TALKS ON THE MATCH