US Open: 10 of the biggest controversies

Controversy and the US Open go hand-in-hand - we look back at the biggest controversies down the years ahead of this week's US Open at Winged Foot... 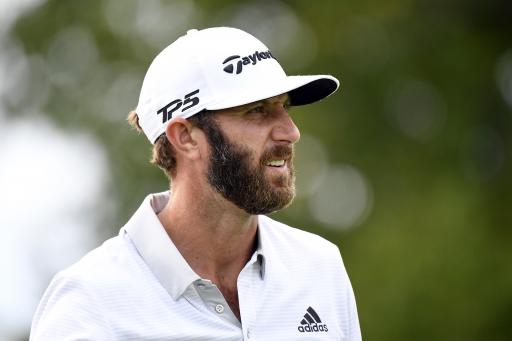 The US Open and controversy typically goes hand-in-hand. From nonsense USGA decisions and landscaping disasters to Phil Mickelson hitting a moving putt on the green, the US Open has just about seen it all down the years.

Will we see yet more controversy at Winged Foot this week? GolfMagic takes a closer look at 10 of the BIGGEST controversies in US Open history ahead of this week's 120th playing of the tournament...

San Francisco's Olympic Club first established itself as the "graveyard of champions" in 1955 when little-known Jack Fleck denied Ben Hogan a record fifth US Open.

Hogan finished his final round with a two-shot advantage over Fleck, prompting the one-hour telecast to sign off, with announcer Gene Sarazen congratulating Hogan on his victory.

Fleck, playing with a custom set of Hogan irons, failed to read the script and birdied two of the last four holes to force an 18-hole play-off.

Hogan was one shot ahead up the last but hooked his tee shot into deep rough and took three hacks just to get it back to the fairway. He would one-putt for double bogey to hand Fleck his lone major title in one of the most improbable upsets in US Open history.

After 1955, the USGA took control of course conditions at all future US Open tournaments.

The scene of this week's US Open saw a controversial moment back in 1974.

After witnessing Johnny Miller break hearts and shoot the first 63 in a major championship the year before, the USGA responded by making sure nobody broke par in the first round of the 1974 US Open in New York state.

Billed "The Massacre at Winged Foot", greens were so fast that Jack Nicklaus was seen rolling putts off the dancefloor, while advancing a ball even 100 yards out of the rough was seen as a miracle.

Hale Irwin went on to win by two shots with a 7-over total - the second-highest winning score in relation to par of any US Open after World War II.

Asked whether the USGA were trying to embarrass players with their course set-up, tournament chief Sandy Tatum said: "We're not trying to humiliate the best players in the world - we're simply trying to identify them."

The 1979 US Open in Ohio witnessed some drastic re-landscaping mid-tournament after Lon Hinkle's improvised cross-country shortcut.

Hinkle spotted a gap from the eighth tee down the 17th fairway that considerably shortened the par-five eighth, prompting playing partner Chi Chi Rodriguez and others to follow suit.

"I looked at the hole and noticed it was a wide-open shot from the 17th fairway,'' said Hinkle, who tied for the first-round lead on one-under.

"Chi Chi got pretty animated, as only Chi Chi can. He got real excited by the idea.''

Organisers planted an anti-Hinkle tree to plug the gap as Irwin went on to collect his second US Open in five years.

The pin position set on a crest on the 18th green during the second round of the 1998 US Open ranks as one of the cruelest of all time.

There are few more iconic images than the late Payne Stewart's look of disgust at Olympic Club that Friday afternoon.

Stewart, who eventually lost by one shot to Lee Janzen, had an eight-footer for birdie that ran 25 feet below the hole, resulting in a bogey.

That was nothing compared to Kirk Triplett who made a triple bogey, which included a two-stroke penalty for laying his putter down on the green to halt his ball from rolling back. He had already missed the cut.

David Fay, former USGA executive director, said: "Give him an exemption for next year for creative protest."

The calamities that occurred on the final green - with all three leading contenders Mark Brooks, Stewart Cink and eventual champion Retief Goosen three-putting - crowned a week beset by controversy in Oklahoma.

The ninth and 18th greens - both terraced with long slopes - were too steep for the desired pace (11 feet on a Stimpmeter) and balls were rolling off.

"The ninth was the players' fault," said course superintendent John Szklinski. "They were hitting wedges to that green, with lots of spin. They're the best players in the world and they knew how to take spin off.

"But the 18th was our fault. Players were hitting three and four-irons well to the centre of the green, only to see it roll back off and end up 30 yards down the fairway. We had it cut too short for the slope of that green. It was like the first two-thirds of the green was a false front."

To address the issue, the USGA left the two greens longer than the others for the final round, but players were caught out by the inconsistency.

Short hitters are used to being at a disadvantage, but at Long Island's Bethpage Black they were positively punished.

Throw in a spot of rain and a driving headwind over the weekend and it was hardly surprising to see a 4.498 scoring average on that hole for the week.

Hiding his embarrassment at falling short, Mike Weir said: "I suspect probably half the field couldn't reach that [fairway]."

Unsurprisingly, Tiger Woods clinched the title with a 72-hole score of 3-under.

By Sunday, the Long Island course was so dried out the grounds crew took the unprecedented step of watering the greens in between groups.

The tournament would prove to be the second highest-scoring US Open with players carding an average of 78.7, with only Phil Mickelson and winner Goosen finishing in red numbers.

Chambers Bay was a new venue, but it will unlikely be invited back in a hurry.

Tiger Woods called the course "brutal" on the eve of Chambers Bay's inaugural hosting of the US Open, while USGA executive director Davis said "no study, no chance". Gary Player was the biggest critic of them all, targetting course designer Robert Trent Jones Jr with "the man who designed the golf course must have had one leg shorter than the other."

The public course, which opened on the shores of the Puget Sound in Washington State in 2007, played like a seaside links with vast firm-running sloping fairways, undulating greens, uneven lies and elevation changes.

It was the greens that came in for the biggest criticism with Justin Rose claiming "it was outdoor bingo out there at times."

There was even an element of controversy on the very final hole as Dustin Johnson three-putted the par-5 18h when having 10 feet for a winning eagle-three to hand Jordan Spieth a consecutive major title. Spieth finished with a 72-hole score of 5-under following rounds of 68-67-71-69.

All the controversy heading into Oakmont was about knee-deep rough, marble putting surfaces and a mammoth par-3.

In the end, everyone was left fuming at the USGA over a rules decision involving eventual champion Dustin Johnson.

Standing over his ball on the fifth green, Johnson made two practice putts. As he prepared to address the ball to take his putt, it moved slightly. Johnson stepped away, claiming he had not addressed the ball, and then he checked with a rules official, who was happy there had been no infringement. Even his playing partner Lee Westwood absolved him of blame.

But another rules official approached Johnson on the 12th tee and, after a discussion, decided they needed to review the footage of the incident after he had completed his round because he could face a one-stroke penalty.

The penalty stroke was eventually upheld and Johnson signed for a 69 - thankfully enough for a comfortable three-shot victory.

"At that point, I just thought I'd deal with it when I'm done," he said. "I tried to block it out and not let it bother me. Who cares, it doesn't matter any more."

The USGA's director of rules Jeff Hall said: "The first time we had the opportunity to speak to Dustin was the 12th hole. We asked if there was some other reason the ball could have moved. He didn't state a reason. We decided not to review it with Dustin at the media tent on the 13th hole and instead wait till the end."

Player after player revealed how the greens were a "total farce". Zach Johnson said the USGA "had lost the state of the greens," and Phil Mickelson made his feelings perfectly clear when taking a two-stroke penalty for hitting a moving ball on the green.

"It's my understanding of the rules, and I thought about doing it before. I just wanted to take the two-stroke penalty," said Mickelson in an interview with Curtis Strange after his round.

"If somebody is offended by that, I apologise to them, but toughen up, because this is not meant that way. I just wanted to get on to the next hole, and I didn’t see that happening at the time. I’d gladly take my two strokes and move on."

What have you made of the previous controversies at the US Open? Will we see yet more at Winged Foot this week? Who do you think will win? Share your thoughts in the forum below, on Twitter, Facebook, Instagram or join us YouTube.