US Open: Dustin Johnson hits front, then fires warning to rest of field

Is the 2018 US Open already Dustin Johnson's to lose? Possibly, after these comments... 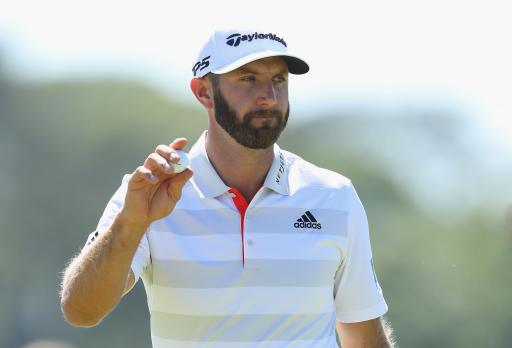 Dustin Johnson leaped into a share of the first-round lead late in the day at the US Open on Thursday and then fired an ominous warning to the rest of the field.

Johnson, who moved back to world number one following a commanding six-stroke triumph at the St Jude Classic last Sunday, carded a solid 1-under 69 on day at Shinnecock Hills to join compatriots Scott Piercy, Russell Henley and Ian Poulter at the top of the leaderboard after 18 holes.

But in the eyes of the 2016 US Open champion, he barely got out of third gear on Thursday: "I definitely think I played well, but I can definitely play better."

That remark was quickly reiterated by his caddie and brother Austin, who has worked with Dustin for the best part of six years.

"I've never seen him more focused and in control than he is right now," said Austin Johnson.

Johnson is attempting to become the first player to win the US Open the week after a PGA Tour conquest, and after a strong start, the pre-tournament favourite would appear to have every chance.

Tiger Woods was playing alongside Johnson but endured a horror round of 78, his worst US Open score of all time.

NEXT PAGE: US OPEN FIELD SHOOT MORE THAN 1,000 OVER PAR ON DAY ONE!