Tiger Woods shoots worst ever score at a US Open on day one at Shinnecock Hills. 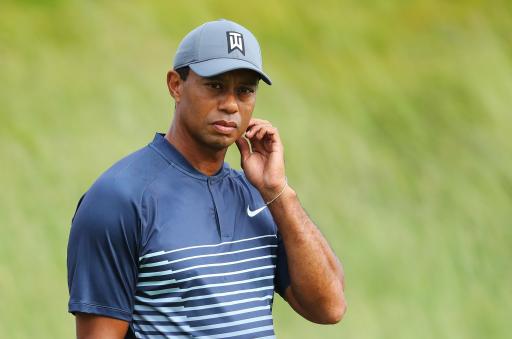 Tiger Woods posted his worst-ever score at a US Open on an opening day at Shinnecock Hills where many egos were dented.

Woods, making his first start in the US Open since  2015, carded an 8-over 80 including a triple bogey at the opening hole.

The 14-time major champion's previous worst round at a US Open was a 77 in the third round at Oakland Hills in 1996.

Woods appeared to be striking the ball nicely from the tee, but it was the scoring clubs and a cold putter that sent him back into the pack and currently outside the halfway cut mark.

"I didn’t putt well today," said Woods. "I drove it pretty darn good for most of the day, just never took advantage of the opportunities."

"It’s tough out there, but you shouldn’t make two doubles and a triple. My game plan was not to make any others (bogey or worse) and I made three of them."

But it wasn't just the 14-time major champion who struggled on day one in New York.. Far from it. Rory McIlroy tied his worst major score with a 10-over 80, Jason Day went round in 79, Jordan Spieth 78 and Phil Mickelson 77.

“It was just blah,” said Spieth.

“It wasn’t fun; it was not fun. I’m not happy with my score at all. If I’m upset with anything, it is with the decision I made on that bunker shot. I was trying too hard to get the stroke back I lost on the previous hole. All in all I ended up making six there. So I was four over through two and trying to figure out how to shoot four over on the day.”

The combined first-round scores reached more than 1000 over par, with 161 double bogeys and 38 triples or worse.

Pitting the opening day at Shinnecock Hills up against all four rounds at Erin Hills in 2017, and it's easy to see why the USGA wanted a more exacting test for the players.

At the top end of the leaderboard, however, world number one Dustin Johnson got off to the perfect start to tie the lead on 1-under alongside compatriots Scott Piercy and Russell Henley, and England's Ian Poulter, who was brimming with confidence after his round.

“I don’t want to get carried away. This is day one of four extremely tough days and three bad holes on this golf course can take you home pretty quick. So a great start is what it is but there’s a very long way to go in this tournament.”

England's Justin Rose and Sweden's Henrik Stenson got otf to solid starts too with rounds of 1-over 71.