Xander Schauffele reveals just how DEEP the rough is at the US Open! 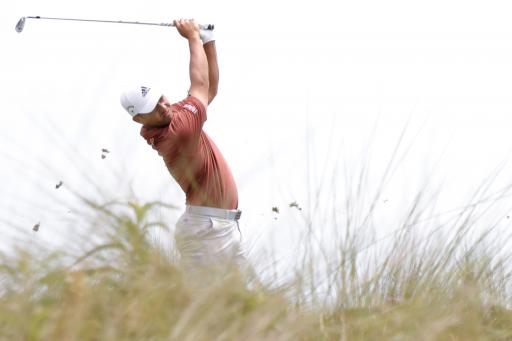 Xander Schauffele has taken to social media with his sponsor Callaway Golf to reveal just how deep the rough is going to be at next week's US Open at Torrey Pines.

With dense rough and rapid greens expected - typical for a US Open test - Torrey Pines is going to scrutinise just about every aspect of the players' games. There will be premium on straight drives and laser-like iron play in order to get the job done.

Schauffele, who spoke exclusively to GolfMagic earlier this week, headed over to Torrey a week early to get his first-look at the 2021 US Open setup and he was left shocked by what happened at the back of the green on the par-5 18th.

WARNING: the rough behind the 18th green at Torrey Pines is THICK! #TeamCallaway | @XSchauffele pic.twitter.com/WjWfzLTjIS

Schauffele, 27, is going in search of his maiden major title despite several near-misses in the past, most recently with his close call behind Hideki Matsuyama at The Masters in April.

Bryson DeChambeau will have his eyes firmly set on defending the US Open, which he won at the back end of 2020.

Should DeChambeau successfully defend his title, he would follow in the footsteps (metal spike ones) of his best mate Brooks Koepka, who performed the feat at Shinnecock Hills in 2018.

US Ryder Cup captain has revealed this week how he has "heard a rumour" that DeChambeau and Koepka will be paired together for the opening two rounds of golf's third major of the year.

That is not confirmed, but we will certainly be warming up the popcorn should it happen.

WATCH OUR EXCLUSIVE INTERVIEW WITH XANDER BELOW: