Brooks Koepka is just one shot behind Phil Mickelson heading into the final round at Kiawah Island, in what has been another great week for the World No. 13 in a major championship. 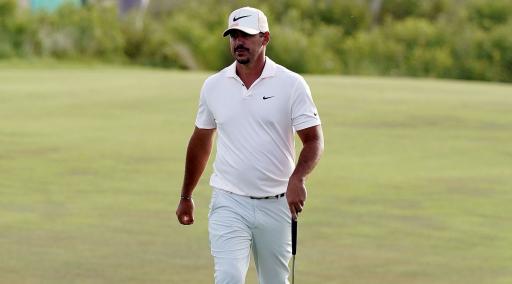 Brooks Koepka has been one of the most consistent and impressive performers in major championships in recent years and his staggering statistics show this.

The four-time major winner shot a round of two-under-par on Saturday to remain in touch with Phil Mickelson, who is seeking to become golf's oldest major winner.

Since 2017, Koepka has averaged a score of 69.5 in major championship rounds which is better than any other player. He is also 82-under-par on competition days in four years too, a score no one else has matched.

In this time, the eight-time winner on the PGA Tour has shot 32 rounds in the '60s and he has led a total of 13 rounds in the biggest tournaments of the year.

Koepka not only has statistics on his side, but he has backed it up with results. He won his first major title in 2017 with a four-stroke victory at the US Open and he retained his title in 2018 at Shinnecock Hills.

The 31-year-old also won his first PGA Championship in 2018 at Bellerive Golf Club and he once again retained it a year later at Bethpage.

Koepka is a formidable opponent when in contention on the big occasion. Although the World No. 13 has had an erratic season, he still managed to find a win at the Waste Management Phoenix Open in February.

His play this week has been all the more impressive when you consider he has had to contend with injury, but he is in great shape to win his third PGA Championship and his fifth major trophy.

NEXT PAGE: GOLFER HAS AN ABSOLUTE SHOCKER ON THE DRIVING RANGE!