Some fans were not happy after the featured groups were released for the opening two rounds of the PGA Championship. 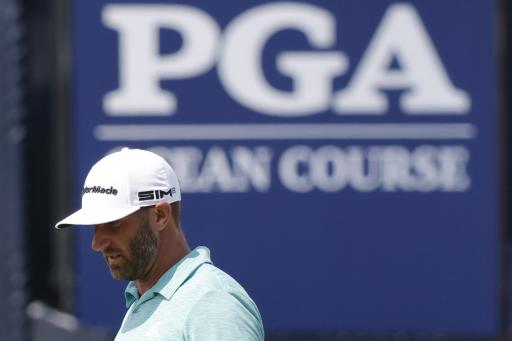 The second major of the year has arrived and we have some incredible groups to look forward to for the opening two rounds of the PGA Championship, but the featured group coverage will not feature the World No.1.

Dustin Johnson will play alongside reigning Open Champion Shane Lowry and former Masters winner Sergio Garcia - who recently re-signed with TaylorMade - but the three superstars are not part of the featured groups for Thursday and Friday's action.

As with every tournament, coverage for the PGA Championship starts with a select number of groups, before going into full coverage later in the day where viewers will be able to follow every group that's taking part.

Featured groups usually consist of the most exciting ones, past champions and the top players, so it was certainly a surprise for golf fans to see that the No.1 ranked player in the world did not make the cut.

The PGA Tour announced the five featured groups for the opening two rounds on social media and it seemed to cause quite a negative reaction from the public.

Brooks Koepka, Justin Thomas and Rory McIlroy make up the first featured group, with McIlroy attempting to win his third PGA Championship title, at the course where he picked up his first back in 2012.

RELATED: Groups & UK Tee Times for Round 1 and 2

Jordan Spieth can complete a Career Grand Slam with a win this week and he plays in the third featured group, with Webb Simpson and Will Zalatoris.

The fourth featured group seemed to be the one that fans disagreed with, as an out of form Rickie Fowler stars alongside Adam Scott and Englishman Tyrrell Hatton.

After the announcement was made on Twitter, golf fans had plenty to say about Fowler starring in the featured groups over Johnson.

Thank goodness we get to see Fowler, Scott, and Fleetwood over #1 and #4 in the world. We get to see enough of Rickie during the commercial breaks.

No Viktor Hovland...really? What part of that #3 in the FedEx Cup rankings do you not understand?

DJ is world number one in his home state and he isn’t featured?

The world number one left out

NEXT PAGE: How to watch the PGA Championship: A TV Guide for UK and US golf fans