Rory McIlroy has missed spectators at tournaments so much he said he was even pleased to see the return of the "mashed potato" shout. 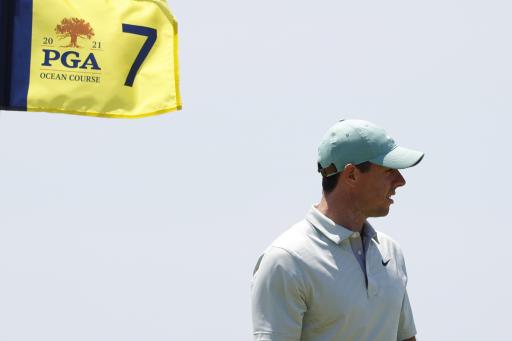 Rory McIlroy is relishing the chance of playing another major championship in front of spectators and he has missed the atmosphere so much that he was even happy to see the return of the "mashed potato" shout.

When it comes to feeding off of spectators, McIlroy is a player who has been doing that for as long as he can remember and when the PGA Tour was played without crowds, he struggled more than most.

McIlroy admitted that he found it difficult to play big tournaments without the added element of the cheering spectators and he has compared it to the recent Champions League semi-finals which were played in empty stadiums.

With fans now returning to golf tournaments - be it at a limited capacity - McIlroy is now finding his way back to his best and a few weeks ago the Northern Irishman ended his year-and-a-half drought when he claimed a one-shot victory at the Wells Fargo Championship.

This week's PGA Championship will see 10,000 fans per day at Kiawah Island's Ocean Course and McIlroy is so pumped to play in front of a large crowd again that he said he is willing to let the "stupid comments" slide.

"It's funny, ever since I was 16 years old I've had thousands of people watch me play golf pretty much every time I teed it up," said McIlroy. "So playing in that environment for 14, 15 years and then having the complete opposite, it's just different.

"I said at the time it was like playing practice rounds, when it's easy to lose concentration. Everyone is used to a certain environment, whether you work or whatever you do.

"I watched the Champions League semi-finals a couple of weeks ago and for those guys playing in that for the first time in their careers, and they're playing in an empty stadium, that must be terrible. That's not at all how you dream of being in a squad like that and playing in a massive game.

"You want to play in front of people and you want to feel that atmosphere. It's unfortunate that in these times a lot of people don't have that experience, but I am glad that we're getting back to some sort of normalcy, and when you hit good shots and hole putts there are claps and rewards and encouragement.

"I feel like that's all a part of tournament golf and competitive sports at the highest level, and just happy that I'm starting to come back. I loved hearing the 'mashed potatoes' guys again! But I don't even care about the stupid comments, I'm just glad that everyone is back here."

NEXT PAGE: Jordan Spieth insists Career Grand Slam is not on his mind at PGA Championship