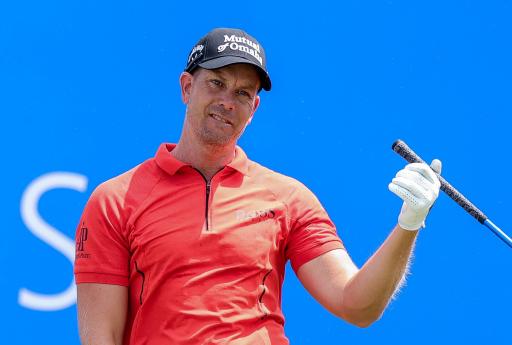 Henrik Stenson might be a two-time Race to Dubai winner, FedEx Cup victor and former Open champion, but he is also very good at snapping golf clubs.

While certainly not something we encourage too frequently here at GolfMagic, unless it's a three-jab for par when putting for eagle of course, we could not help but admire the ease at which the Swede took apart one of his irons at Kiawah Island during the US PGA Championship last week.

Stenson is a HOF club snapper. No need for a tantrum. Just get the job done and move on pic.twitter.com/8cdGjwtyYG

"Stenson is a HOF club snapper," tweeted one golf fan. "No need for a tantrum. Just get the job done and move on."

If you thought Stenson's behaviour was bad, just wait until you've seen what Erik Van Rooyen did to a tee box marker. We strongly recommend you watch the video link below for that one.

WATCH: ERIK VAN ROOYEN LOSES THE PLOT AS HE SMASHES UP A TEE BOX MARKER AT THE US PGA!

You will also want to check out this unbelievable strop from Wyndham Clark, who hit a poor chip shot and then took it out on his golf bag, not once but twice - WATCH HERE

Kiawah Island played as the longest ever course in major championship history, and throwing in strong gusts to keep players on their guard, it was easy to see why so many players were left throwing their toys out of the pram.

Phil Mickelson ended up winning the tournament and becoming the oldest major champion in the process at the age of 50.

Mickelson carded a final-round 73 to finish 6-under par and see out a two-shot victory over Brooks Koepka and Louis Oosthuizen.

NEXT PAGE: BROOKS KOEPKA FUMING WITH PHIL MICKELSON'S SEA OF FANS DOWN THE 18TH AT THE US PGA!