"I really don't want to be here": Jon Rahm UNHAPPY after third round of USPGA

Jon Rahm was extremely unhappy with the way he finished his third round of the PGA Championship at Kiawah Island. 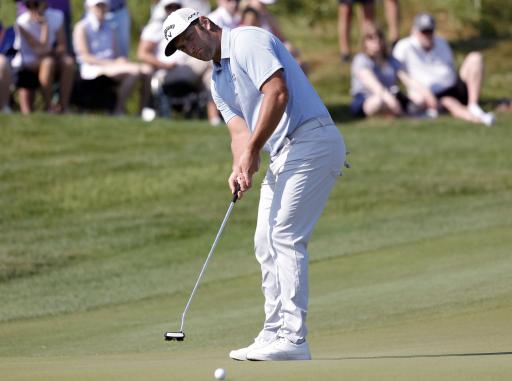 Jon Rahm gave an honest and frank interview after his third round at the PGA Championship, having shot a level-par 72 to sit in a tie for 38th place

The World No. 3 had played solidly on Saturday at the Ocean Course and he was 2-under-par for the day and 1-over-par for the tournament entering his final two holes.

The Spaniard made two disappointing bogeys on the par-3 17th and par-4 18th holes to finish on 3-over-par for the tournament, which is 10 shots behind leader Phil Mickelson.

Rahm spoke to the media straight after his round when he was asked about the course conditions.

"I hit the ball tee to green as well as I could have for the most part and barely made any putts. And yeah, I'm not really happy, and to be honest, being in 40th place and finishing bogey-bogey like that, I really don’t want to be here right now.

"I mean, clearly the scores are out there. It's very doable right now, 68, 67 is out there, it's possible. I had a very good chance. I just couldn't make a putt."

Although the five-time winner on the PGA Tour was clearly frustrated with his finish on day three, it is always great to see players give honest and open interviews.

You can't blame Rahm for being annoyed as he has set very high standards this season. He has played in 15 PGA Tour events and finished in the top 10 on nine occasions.

Rahm will tee it up in the final round on Sunday with Talor Gooch at 4.10 pm, as he seeks to improve on his first three rounds.