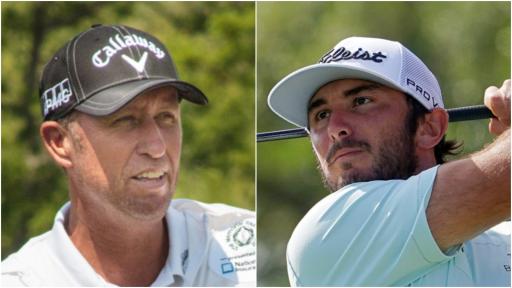 Phil Mickelson's former long-time caddie Jim 'Bones' Mackay will caddie for Max Homa at the US PGA Championship at Kiawah Island next week.

Mackay, 56, caddied for Mickelson for 25 years until parting ways in 2017. Since then, he has joined NBC / Golf Channel to serve as a commentator, and he has also stood in to caddie for both Justin Thomas and Matt Fitzpatrick when called upon.

The partnership with Homa at the US PGA Championship next week simply came about after a mix-up in scheduling for Homa's current caddie Joe Greiner, who is attempting to qualify for the US Amateur Four-Ball at Chambers Bay.

Greiner thought the USGA event was being held the week of the Charles Schwab Challenge in Texas on the PGA Tour, only after committing to the event then realised it was in fact during the week of the US PGA Championship.

That led Greiner to call up his friend 'Bones' and get him to stand-in for Homa at golf's second major of the year.

"I've gotten to know Bones out at Whisper Rock in Arizona and he is truly one of the nicest, greatest people I've ever been around.

Homa added: "I've the utmost respect for Joe's caddying and I mean this is not a slight at all, so please believe me when I say that, but it'll be really cool to be around someone like Bones.

"Joe has learned his way into this. Not that Bones didn't, but he's been doing this forever."

Homa will be playing in his third US PGA Championship next week and he will be looking for an improved result following a tie for 64th in 2019 followed by a missed cut in 2020.