Rich Beem on Tiger Woods' US PGA chances: "Southern Hills is no pushover"

Rich Beem warns that Tiger Woods will face a very different challenge at Southern Hills compared to his week at The Masters in April. 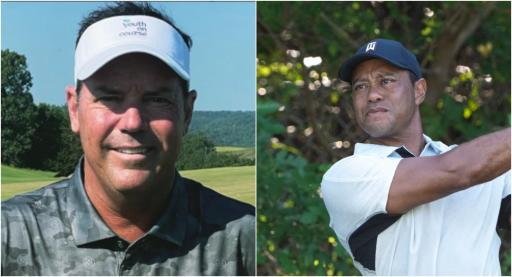 Beem, 51, believes Woods' short game is his biggest strength, however, the thick rough and the harsh conditions of the Tulsa venue could provide a tougher test than we saw at The Masters in April.

The 46-year-old is a four-time winner of the PGA Championship and in 2007, he won his fourth Wanamaker Trophy at Southern Hills.

Speaking exclusively to GolfMagic and BoyleSports Golf Betting, Beem warned that the still-recovering Woods could tire at this 'sneaky-hilly' course.

"I think it'll be tougher because he's going to have to hit some shots out of pretty heavy rough when he doesn't drive it in the fairway," Beem said.

"As far as the walk goes, Southern Hills is no pushover. It really is sneaky hilly, not a lot of flat walks out there. It's not going to be as easy as some folks think compared to Augusta.

"Everybody's saying it's going to be so much easier. It'll be slightly easier there's no doubt about that, but it's not going to be a completely flat golf course like St. Andrews.

"The most difficult part for him will be when he does miss the fairway and he does have to hack out, that takes a lot out of you. At least at Augusta, you can always nudge it down the fairway and get it somewhere near the green.

"Every player will have the same challenges, but with Tiger, I don't know how it will take away from his energy levels but we will have to see.

"He is still one of the best in the world short-game wise. When he was going through rehab, he probably got to spend a lot of time chipping and putting because he couldn't make a full swing."

The 15-time major champion came tied 47th at Augusta National and by the time he rolled in his final putt on the 72nd hole, he looked fatigued and ready to finish the week.

Since arriving in Oklahoma this week, Woods has told the media he feels stronger than a month ago. Could he sensationally pick up a 16th major title?