The PGA of America confirmed that Rickie Fowler and John Catlin have been awarded invitations to this year's PGA Championship. 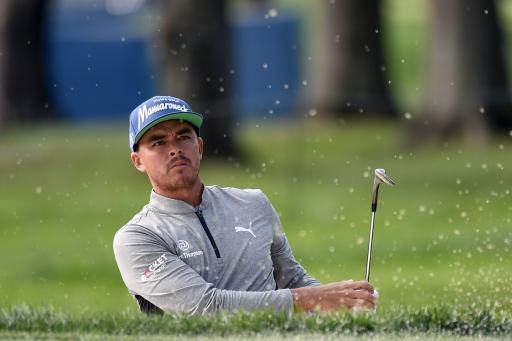 Rickie Fowler will compete at the 2021 PGA Championship next month, despite falling to 111th in the world rankings, after the PGA of America awarded him with a special invitation.

Many golf fans were left bewildered as to why Fowler was opting not to play in this week's Valspar Championship, where he could have made some much needed world ranking points.

The top 100 players in the world as of May 9 will all qualify for the PGA Championship at Kiawah Island and with Fowler in the worst form of his career, he is currently not a part of that bracket.

Fowler's decision to not play at the Copperhead Course now makes more sense, as he has already secured a spot at the PGA Championship, along with European Tour player and fellow American John Catlin.

A PGA of America spokesperson told Golf Digest on Tuesday that Fowler and Catlin had been awarded with special exemptions for the second major championship of the year “based on their performances, playing records and OWGR position.”

Fowler's fall from grace has been one of the most talked about subjects in golf over the past few years and although he he hasn't posted a top 10 finish since last year's American Express 15 months ago, the 32-year-old has recorded some solid performances at past PGA Championships, with his best a T3 finish in 2014.

Catlin on the other hand has been in excellent form on the European Tour as of late, winning three times in his last 14 starts and climbing to a world ranking position of 82nd.