Thomas strongly disagrees with the decision for the use of distance-measuring devices at this month's US PGA at Kiawah Island... 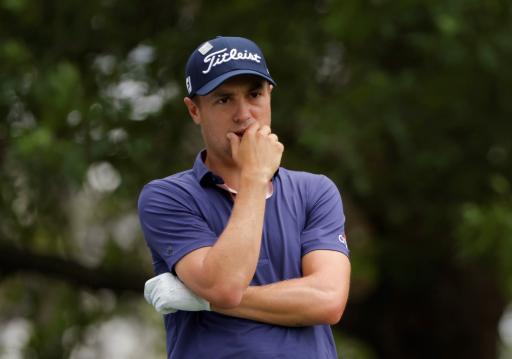 Justin Thomas has raised concern over the use of distance-measuring devices for the first time in a men's major at this month's US PGA Championship.

Thomas, 28, strongly disagrees with the PGA of America's decision to permit the use of golf laser rangefinders during competition rounds at Kiawah Island as he does not believe it will speed up pace of play, which was the idea behind the move in the first place.

"I think I made my stance on it pretty clear, I don't really like them," said Thomas, speaking at this week's Wells Fargo Championship at Quail Hollow.

"I certainly don't think it's going to speed pace of play up at all unlesss you have a scenario where you do hit it on another hole or some kind of crazy angle where it would take you a long time to get a yardage."

Thomas also does not like the fact it will hinder the great work of the best caddies on the circuit.

"It takes away an advantage of having a good caddie that maybe goes out there and does the work beforehand," added Thomas.

"Between the yardage books, the greens books and range finders, you technically don't even really need to see the place or play a practice round.

NEXT PAGE: DUSTIN JOHNSON DOES OUTRAGEOUS BACKFLIP OFF A BOAT WITH PAULINA GRETZKY!