Rory McIlroy packs his bags and gets straight out of Tulsa after a disappointing PGA Championship that started so brightly for him on Thursday. 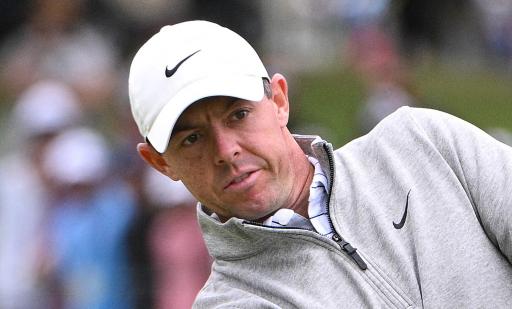 Rory McIlroy was in no mood to hang around after a closing 68 at the PGA Championship as he once again marched out of a major championship thinking what might have been.

McIlroy raced out the blocks on Thursday with a superb 5-under 65 and everyone was thinking that this was the week for the Ulsterman to get back on the major ladder, especially after his recent runner-up performance at The Masters.

Related: Shane Lowry rushes to the defence of Rory McIlroy and hits out at "armchair golfers"

As it turned out on Sunday, 5-under par for the tournament would have been good enough for a playoff with eventual winner Justin Thomas and Will Zalatoris.

McIlroy ended the week on 2-under par in solo eighth as the wait for a fifth major victory rumbles on.

The Northern Irishman was once again left to rue inconsistency in a major championship with a second-round 71 and third-round 74 doing the damage as he seeked to win a third PGA Championship and first major since 2014.

On Saturday, McIlroy made a mess of two of the par-3s, playing the 6th in five shots and the 11th in six shots.

McIlroy chose not to speak to the media after his third round, too.

SUBSCRIBE TO THE GOLFMAGIC YOUTUBE CHANNEL HERE - AND BE IN WITH A CHANCE TO WIN A NEW ODYSSEY PUTTER!

McIlroy, like he typically does, rallied on the final day playing the first five holes in 4-under par.

Having started the final day nine shots off the pace, ultimately McIlroy needed to keep the pedal down just like he did at Augusta in April when scorching the hallowed Georgia turf in 64 shots for a runner-up finish behind Scottie Scheffler.

But unfortunately this time around for the former World No.1, he played the last 13 holes in 2-over par.

Hindsight is a wonderful thing but had McIlroy played those holes in just 1-under par then he would have been in a three-way playoff.

McIlroy was understandably frustrated with his week's efforts after such a bright beginning, and he chose not to speak to any media after his final round.

He signed his card, declined all media requests, packed his bags and jumped in his Cadillac courtesy vehicle straight out of Southern Hills.

But he does not have to wait too much longer for the next opportunity as the US Open at Brookline is four weeks away.

And then after that, he will be licking his lips at the prospect of a second Claret Jug at the 150th Open Championship at St Andrews.

Will Rory McIlroy win a major this year? What is going on with his game at the moment? Share your thoughts and comments over on the GolfMagic social media channels, or come and join us on YouTube.