SCARY STAT: Rory McIlroy is the oldest player in the OWGR Top 10

At the age of 33, Rory McIlroy is the old man at the top of the golf world which shows the strength in youth on the PGA Tour. 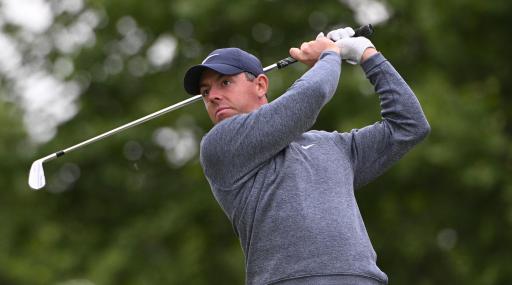 Rory McIlroy is the only player older than 30 in the top 10 of the Official Golf World Rankings following the conclusion of the US PGA Championship.

At 33 years old, McIlroy is ranked eighth following his eighth-place finish in Tulsa. He has reversed a solitary place from seventh where Viktor Hovland now sits.

Scottie Scheffler still sits at the top of the pile. Despite missing the cut last week, the 25-year-old has been the standout player of 2022 with four wins already.

He won his maiden major title with a dominant display at The Masters in April and he comfortably leads the way in the FedEx Cup standings too.

Jon Rahm still finds himself ranked in the silver medal position in the world. Since winning his seventh PGA Tour title at the Mexico Open, his tied 48th finish at the US PGA is his only appearance.

The Spaniard spent a total of 43 weeks at the top of the rankings before he was dethroned by Scheffler when he won the WGC Match Play at Austin Country Club.

Cameron Smith is currently in his highest ever ranking of third. The Aussie has won the Sentry Tournament of Champions and The Players Championship so far this season, as well as coming tied third at Augusta National.

He finished tied 13th in Tulsa last week which moved him to this career-high mark, one spot ahead of two-time major champion Collin Morikawa.

Justin Thomas, hot off his second major title and second triumph at the US PGA, moved from ninth into fifth in the world rankings. The 29-year-old has previously spent five weeks as World No.1.

After winning the Valspar Championship for the second year in a row, Sam Burns moved to his best-ever ranking of 10th and he remains there after coming tied 20th at the US PGA.

Below is a summary of the rankings and each player's age.