Rory McIlroy has the lowest scores across The Masters and the US PGA Championship in 2022. Does this mean his fifth major championship is around the corner? 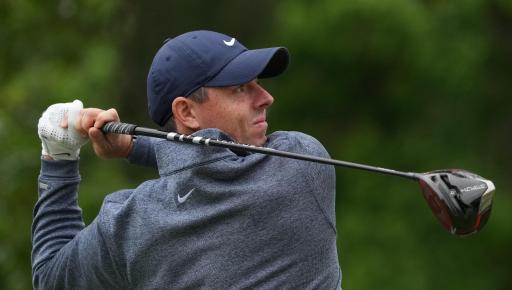 Rory McIlroy has recorded the lowest aggregate score across The Masters and the US PGA Championship in 2022 as his consistent form continues this season.

The Northern Irishman hit the front on day one at Southern Hills with a 5-under-par 65. However, his middle rounds of 71 and 74 ultimately meant he was too far back to contend on Sunday.

Nonetheless, McIlroy finished in outright eighth place to record his third consecutive top-10 on the PGA Tour. In the eight events he's played, he's made five top-10s including a win at the very start of the season at the CJ Cup.

The 33-year-old declined all media requests over the weekend in Tulsa due to what we can only assume was frustration at wondering what might've been yet again at a major tournament.

His last major victory came at the US PGA Championship in 2014 which was his second win at the event. He is a four-time major champion and despite his prolonged drought, his form this year suggests the tide is turning.

At The Masters in April, McIlroy thrilled fans with an exhilarating comeback in the final round. He carded a 64 to finish in second place, three shots behind World No.1 Scottie Scheffler.

Ending on 7-under-par at Augusta National and 2-under-par at the weekend, no other player has a better accumulative score over the first two majors of 2022.

With The 150th Open Championship coming up at St. Andrews in July, this is a venue where McIlroy almost rocked the golf world in 2010.

He shot a superb 63 in the first round on the Old Course, but infamously followed it up with an 80. He finished tied third and eight shots behind Louis Oosthuizen.

In 2015, McIlroy was unable to defend his Claret Jug from 2014 at St. Andrews after suffering from an ankle injury. It is certainly a course where his monstrous driving ability could be beneficial.

In July, all eyes will be on Tiger Woods who confirmed he will play in just his second PGA Tour event since his serious car crash in February 2021.

Could McIlroy fly under the radar to win his fifth major title and 21st win on the PGA Tour?

Next Page: Rory McIlroy declines all media requests as he storms out of US PGA Championship