It wasn't to be for Matt Fitzpatrick at the US PGA Championship at the weekend, but he has reached a record high in the world rankings. 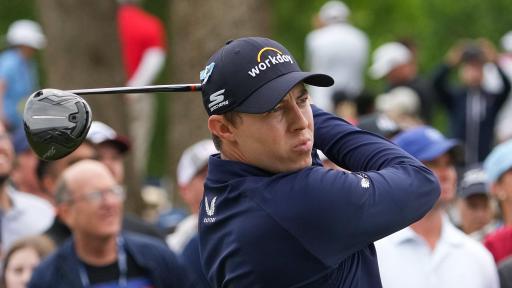 Matt Fitzpatrick fell short of his first real tilt at a major championship at the weekend, finishing tied fifth at the US PGA Championship.

Despite chipping in on the 15th hole to reach 4-under-par for the week, he was just two shots behind Mito Pereira at this stage.

Fitzpatrick wasn't to know this, but he only needed one more birdie to reach 5-under-par which would've been enough to make a playoff with Justin Thomas and Will Zalatoris.

Although the Englishman expressed his disappointment in a statement on Twitter, he is enjoying his best season on the PGA Tour by far and this showed in his performance at Southern Hills.

He has made six top-10s in 12 events in the 2022 season. He came tied second at the Wells Fargo Championship and it looks as though a win for the new World No.15 is on the tip of his tongue.

Related: Justin Thomas: What's in the bag of the 2022 US PGA Championship?

Done this before, but for those new here...you'll see Matt Fitzpatrick writing notes after every single shot. That's because he has charted every single golf shot he has hit since he was 15 years old. For example: say he's 165 yards out and hitting an 8 iron. But he wants to...

Much of his success has come down to the incredibly detailed note-taking system he has used since he was 15 years old. Golf reporter Dan Rapaport explained Fitzpatrick's system on Twitter.

"You'll see Matt Fitzpatrick writing notes after every single shot. That's because he has charted every single golf shot he has hit since he was 15 years old. For example: say he's 165 yards out and hitting an 8 iron," Rapaport explained in a thread of tweets.

"But he wants to land it 161, 8 yards left of the flag. If he hits it 165 and it lands in the hole, he'll chart that as a 4-yard miss on distance and 8 yards on line. This gives him way more accurate data than ShotLink because he's measuring vs his target, not where the hole is.

"Knows he doesn't have the physical gifts of the guys he plays against, so he leaves zero stone unturned in pursuit of a slight advantage. And then he'll search for another stone. So disciplined, takes his career so seriously."

It is no wonder that Fitzpatrick has found himself at the top of the sport since winning the US Amateur in 2013 and winning the silver medal at the 2013 Open Championship.

Next Page: Rory McIlroy rejects all media requests as he storms out of US PGA Championship