Adam Scott was using TWO putters at the US PGA 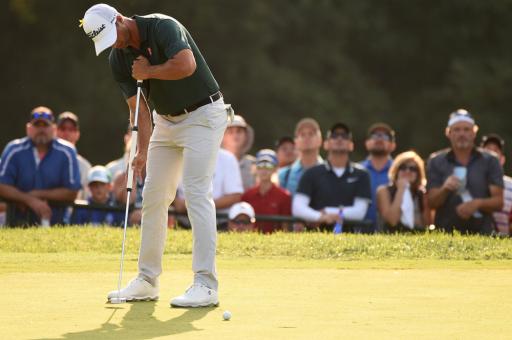 Adam Scott chose to fill his bag with 12 clubs and TWO putters en route to finishing third at the US PGA Championship at Bellerive.

The move was similar to that of Phil Mickelson using two drivers during 2006 and 2007.

The Australian was spotted using the short putter on Saturday night in practice, but instead opted for the long putter for the duration of the final round where he shot a closing 67 to finish three strokes adrift of eventual winner Brooks Koepka.

According to reports, Scott had the duo of putters in his bag during the WGC-Bridgestone Invitational two weeks ago but never put the short putter in play.