Which golf course will get the 2022 US PGA now Trump's course is axed?

Here are some potential candidates to host the 2022 US PGA Championship after the PGA of America has decided to remove Trump's Bedminster course from the hosting the major tournament... 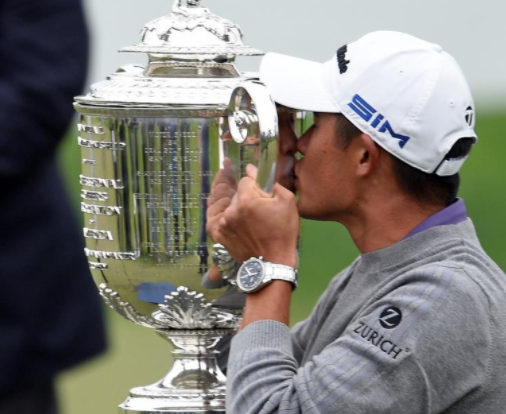 With Trump National Bedminster being axed from hosting the 2022 US PGA Championship, a host of replacement courses have been thrown into the discussion to stage next year's major tournament.

This is the second time in just over five years the PGA of America removed one of its events from a Trump course.

Bethpage Black would appear to be a potential front runner having hosted a successful 2019 US PGA, along with the 2025 Ryder Cup fast approaching. It typically plays one of the toughest major tests, so perhaps the PGA of America will look in that direction.

One course we would personally love to see host the US PGA for the first time would be Streamsong Resort, having stayed there during the PGA Show a few years ago. We absolutely love this place - especially the Black course - and we feel it deserves to take its place on the major schedule in the not too distant future.

PGA Championship set to feature 10,000 fans each day
Matt Fitzpatrick suggests he might ditch caddie Billy Foster for a laser

With Oak Hill, Valhalla and Quail Hollow set to host the US PGA in 2023 and 2024, that would likely rule that trio out the running, but other contenders for the 2022 spot could be Congressional, Hazeltine, Baltusrol, Crooked Stick, Medinah, Bellerive, Oakland Hills and Atlanta Athletic Club.

This year’s US PGA will be the 103rd edition and it will be held at The Ocean Course at Kiawah Island Golf Resort from May 20 to 23. Kiawah Island last staged the event in 2012 when it was won by Rory McIlroy.

The PGA of America Board of Directors voted to terminate the agreement to hold the 2022 PGA Championship at the Trump National course in Bedminster earlier this week, following the attack on the US Capitol by Donald Trump's supporters last week.

PGA of America president Jim Richerson did not highlight the recent events in Washington as the reason for the terminated deal, but said hosting one of golf's four majors at Trump National would damage the PGA's brand.

The R&A has also confirmed that Trump Turnberry will not host an Open Championship until until they are "convinced that the focus will be on the championship."

NEXT PAGE: R&A CONFIRM TRUMP TURNBERRY WILL NOT HOST THE OPEN

Previous
Rachel Uchitel claims she had a "LOVE ADDICITION" with Tiger Woods
Next
Family friend of Tiger Woods: "He's not going to like this s*** at all"