REVEALED: The UKs WETTEST and DRIEST golf courses in 2022

Online Golf reveal the UK’s wettest and driest golf courses - do you agree? 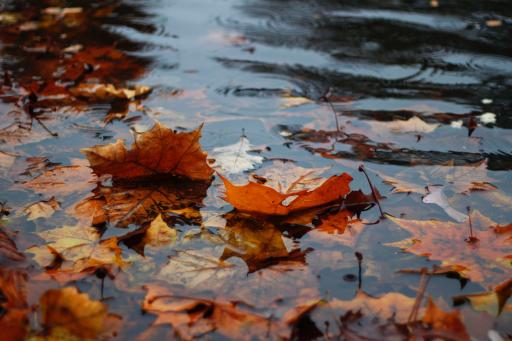 Using rainfall data from the Met dating back to 1970, Online Golf can reveal the driest days for a round on golf courses up and down the United Kingdom.

When it comes to regions, it’s no shock; North Scotland is the wettest, with an average yearly rainfall of 4.59mm and it’s far wetter than South Scotland, with 4.04mm of rain.

The driest region, historically, is Central England (1.81 mm of rain) and the South East, where 2.04mm of rain has fallen on average, over the last five decades.

It’s good news for Bank Holiday golfers as May is typically the driest month of the year, with an average of 2mm of rain over the last 50 years.

For those who can’t hang on that long, April is the second driest month with 2.03mm of rain, on average. So, no need to worry about April showers.

November is, perhaps unsurprisingly, the wettest month. With an average rainfall of 3.62mm of per day, players may find themselves dashing under trees more than aiming for a hole in one!

North Scotland may be home to some of the most stunning scenery in the world, but locals and visitors alike would do well to pack an umbrella, as it’s also the wettest place in the UK.

Data reveals that January 11 and October 30 are both historically very wet, with an average of 8mm of rain falling in just 24 hours on each day.

Pack your waterproofs if heading onto the green on the 7th December, as that’s the wettest day overall. However, that changes in Northern Ireland as October 24 could see as much as 5.5mm raining down on the course.

Golfers in the North East of England are best postponing a round if heading out on 2nd November, with rainfall an average of 4.12mm.

Over in North West of England and Wales, 24th October is one to avoid, with typically, 5.5mm of rainfall falling on that day. So, if you do decide to head out, you’ll want to go steady underfoot and don some spiked golf shoes to help keep you upright!

At the opposite side of the country, in the South East, October 24 is also a day to miss. Even with slightly less rainfall (3.97mm), it’s still one of the best days to swerve a quick round.

Keen golfers in South Scotland may have Gleneagles on their doorstep, but they won’t be getting a hole in one on October 3. The average rainfall in the region on that day is 7.79mm – one of the highest out of all regions!

Anyone in the South West and Wales wanting to get a quick round before Christmas would do well to dodge December 18, 5.82mm of rain have fallen over the years, so it may be best to stay in the clubhouse.

Players might need to invest in a hat, cap or visor if heading out on April 19 as this is the driest day overall, UK-wide. However regionally, this does differ.

Northern Ireland golfers should schedule a game on April 18 as they will almost be guaranteed a clear day, with slightly over 1mm of rainfall on average - the only worry being your swing!

The North East's driest day is right in the middle of summer on July 7 with 0.89mm of rain. North Scotland may be the wettest region in the UK but June 15, with 1.76mm of rain, is the driest day.

The North West and Wales' driest day comes much earlier. as April 15 is the driest day, historically, with just 1.33mm of rainfall on this day.

Golfers in the South East should grab their shorts and plan a full day out on the course for August 28, with an average of 0.80mm of rain failling in 24 hours.

South Scotland's driest day falls on May 8, just after Bank Holiday, boasting an average rainfall of 1.56mm over five decades.

The South West and Wales are much the same with their driest day on May 6 with 1.19mm recorded on average.

If you’re looking forward to some winter rounds, or even want to get ready for spring, head to Online Golf's online shop to find all the best golfing equipment.