13 players withdraw from Porsche European Open on DP World Tour... but why?

A number of players withdrew during the first and second rounds of the Porsche European Open as tough conditions caused havoc in Hamburg. 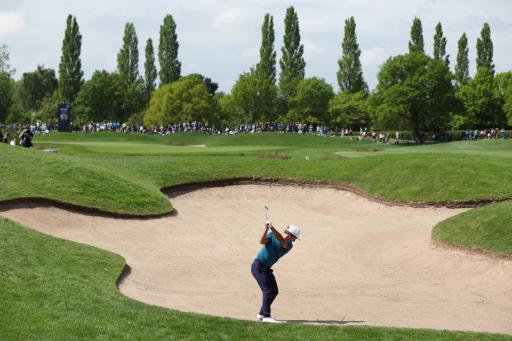 13 players withdrew from the Porsche European Open on the DP World Tour after shooting particularly poor scores in Hamburg, Germany.

The conditions at Green Eagle Golf Courses have been treacherous this week and while this isn't an official reason for each withdrawal, it certainly played a part.

To begin with, Lorenzo Gagli was disqualified from the event because his caddie used an illegal green book. According to Golfando, the green book had details and notes which were unauthorised by the DP World Tour.

British players Daniel Gavins, Callum Shinkwin, Oliver Fisher, Ewen Ferguson, David Drysdale and Grant Forrest all pulled out ahead of the week in Germany, while Richie Ramsay withdrew with a shoulder injury.

13 players W/D - RETD this week on @DPWorldTour that was likely missing the weekend. Not much respect shown by them for the sponsors and fellow players.

Joost Luiten, a six-time winner on the DP World Tour, made a nine on the par-3 14th hole on Thursday and he was 11-over-par after five holes before leaving the event.

The Dutchman reportedly spoke of a "golf burnout" and his struggles were not physical but mental in the first round in Hamburg. Nicolai Hojgaard and Alejandro Canizares pulled out after both shooting 80 in the first 18 holes.

It is disappointing to see so many players withdraw from the Porsche European Open and no one was more disappointed than DP World Tour and PGA Tour player Christiaan Bezuidenhout.

"13 players W/D - RETD this week on @DPWorldTour that was likely missing the weekend. Not much respect shown by them for the sponsors and fellow players," the South African posted on Twitter on Friday.