DP World Tour caddie Craig Connelly is at the Porsche European Open this week and he tweeted an image of the monstrous par-5 16th hole at Green Eagle Golf Courses. 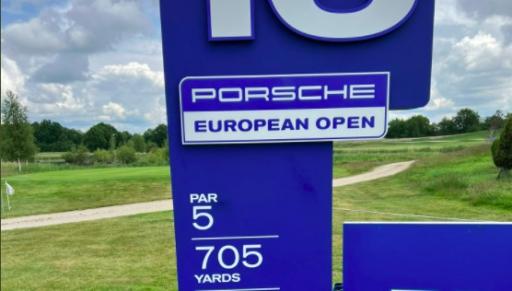 There is a big debate in the world of golf on containing course length and driving distances which affects players on the PGA Tour and the DP World Tour.

At the Porsche European Open at Green Eagle Golf Courses, in Hamburg, Germany this week, there is one hole that would support those who protest against increasing course length.

As shown by DP World Tour and PGA Tour caddie Craig Connelly on Twitter, the par-5 16th hole is a staggering 705 yards long. Yes, you read that correctly.

Connelly, well known for caddying for Martin Kaymer when he won the US PGA Championship, the US Open and the Players Championship, joked with his followers: "Lay up or go for it??"

Related: Rory McIlroy says first LIV Golf field is "nothing to jump up and down about"

Lay up or go for it?? pic.twitter.com/LU05PI5gSo

Ted Scott, the caddie of World No.1 Scottie Scheffler, replied to Connelly's tweet too: "I’d go for it on the 3rd if I were you."

The course this week in Germany is a 7475-yard par-72. The Porsche European Open made its debut at this venue in 2017 when Jordan Smith was victorious.

Popular Englishman Marcus Armitage provided one of the best moments of the season in 2021 when he secured an emotional first win on the DP World Tour at this event.

Take a look below at the best replies to Connelly's tweet:

For me, a 705 yard hole would take at minimum 5 pure shots. Even in my younger days it is a 4 shot hole. Assuming a pro hit a 326 yard drive which is the distance leader Cameron Champs' average, it still leaves a second shot of 379 yards. Unless very downhill, that's just too far

Unless it plays 300 yds downhill, I think I’ll lay up in 5 and play for a double

Take an @Uber to the green - that’s long second for me after booming a drive 150 yards right into the thick stuff!