Adam Scott has had a poor run of form on the PGA Tour and he came to Wentworth looking to play like his old self. 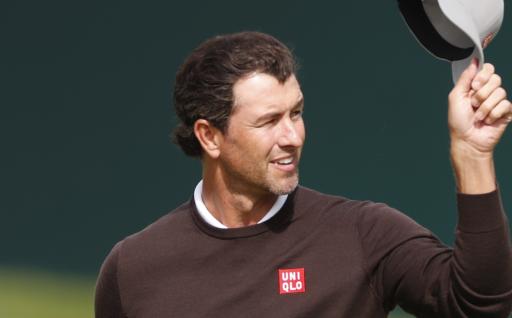 Adam Scott said his form was a key reason for his entrance into the BMW PGA Championship and his trip to Wentworth so far has brought back a lot of memories for the Aussie.

The former World No.1 and Masters champion has not enjoyed great form on the PGA Tour in recent years. Despite winning the Genesis Invitational in 2020, he has only made 3 top-10's in his last 29 events.

He missed a short putt in a playoff to win the Wyndham Championship last month, which was won by Kevin Kisner. Although he has only missed two cuts this season, it has led to just six top-25 finishes.

But Scott put all of that behind him on Thursday by shooting a fantastic 65 to sit just one shot behind the leader Kiradech Aphibarnrat.

"Apart from one social round, I haven’t been here since 2006," Scott said after his first round.

"I’m not sure that counts, or what version of the course I actually played. But it’s lovely to be back. I’ve never seen it in better shape. I’ve been feeling like I’ve been playing well. And it’s obvious from my score that I did.

"My form is one reason I came here. I haven’t had anything to play in the last couple of weeks. So this was a great opportunity to come and play in a really good event. All in all, it brought back a lot of good memories from early in my career."

The 41-year-old made a fantastic start to his round at Virginia Water, making four birdies in his first nine holes to go out in 31 shots.

With another four birdies on the back nine, his only bogey came on the par-4 16th hole. Nonetheless, a round of 7-under-par put him in good shape for the second round.