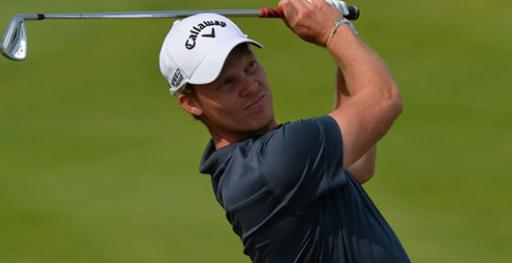 Danny Willett won the Alfred Dunhill Links Championship after securing a two-shot victory on the Old Course at St. Andrews.

The Englishman has secured the eighth win of his European Tour career and his first trophy since the BMW PGA Championship in 2019.

By winning, he has become the first player on the European Tour to win on his birthday since Ernie Els won the HSBC World Match Play Championship in 2004.

"It's been a great week with Jimmy (Dunne), I've had a great time. It's been a couple of years of average stuff again, I seem to do this a lot actually, going up and down," Willett said.

"We've been working hard, people don't see it behind the scenes. My wife knows and all of us do, it's a good one.

"It's a good thing that scoring was low. I had 20-under in my head, I thought if I got to 20-under then no one could reach it, obviously, no one would have.

"Blandy had a really quick start, Shane was alright. We were hitting a few average shots in and around the turn then I had a really good one on 10.

"And then that back nine is brutal as everyone knows. It makes you focus a little more, knowing you can't do anything silly and you still had to try and make birdies and unfortunately, we weren't able to make one in the last seven holes, but it was enough."

Willett entered the final round with a three-shot lead and although he bogeyed the fourth hole, he made three birdies in his first five holes.

Richard Bland, starting three shots behind Willett, made four consecutive birdies on the front nine and when he made his birdie on the 7th hole, he was just one shot back.

From off the green for a birdie to regain a two shot lead.

Willett made a vital birdie putt on the 10th hole to move two shots clear at the top and this proved to be the last birdie he would make at the tournament.

Tyrrell Hatton shot a 5-under-par 67 in the final round, but that was only enough to finish on 16-under-par in tied second place.

Bland's challenge faded on the back nine. As Willett remained steady, he made critical bogeys at the 11th and 16th holes to fall back to 15-under-par in tied fourth place.

The 2016 Masters champion parred his last seven holes to see out a two-stroke victory at the tournament he finished second at in 2010.