Alex Noren was faced with an impossible task on the 17th hole at St. Andrews, but he hit an amazing shot. 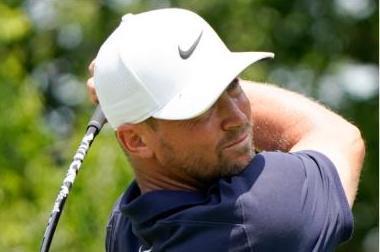 The bunker at the front of the green on the road hole at St. Andrews is treacherous, but what is more treacherous is pitching over it with the pin tucked up behind the lip.

This was the shot that Alex Noren was faced with on Saturday at the Alfred Dunhill Links Championship, except his ball was also on a down-slope on a tight fairway lie.

With the road behind the green and the famous wall that runs parallel to it, you feared for Noren as he prepared to take his shot. But this was a master at work.

The Swede, with his recognisable out-to-in swing path, cut underneath the ball with an inch-perfect connection. His ball landed on the green and checked up next to the hole.

The 17th hole on the Old Course is one of the most iconic sites in world golf. Many players have won and last tournaments as a result of the perils that the greenside bunker can bring.

Robert MacIntyre hit a very similar shot to Noren on the same hole too, as he lobbed his pitch over the bunker for his ball to finish a matter of feet from the pin.

In a tournament like the Alfred Dunhill Links Championship, you need to show creativity and imagination, just as we see at The Open Championship which returns to St. Andrews in 2022.

Noren made his par and finished with a round of 70 to sit on 8-under-par for the tournament, six shots behind the leader Danny Willett with just 18 holes remaining.