Here are five reasons why the BMW PGA Championship is unrivalled 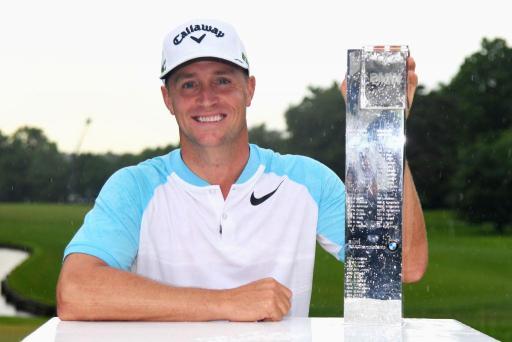 Let's face it, as a spectacle in the world of golf the BMW PGA Championship at Wentworth Club sits right up there.

The Open oozes prestige and history, but fans are often at odds with the temperamental British summertime weather.

As far as the BMW PGA Championship goes, it is the crown jewel of the European Tour - and rightly so.

The West Course underwent a multi-million refurbishment in the summer of 2018.

All the greens were reseeded and nine were remodelled.

They are now among the best in the world - and even the players say so.

Watching the best players tee it up in the setting sun only a stone's throw away from the capital is appealing to any golf fan.

Here are five reasons why the BMW PGA Championship will always be the best European Tour event:

2. The extras. If you're not a fan of golf, the exceptional tented village offers a bit of everything for the family. You can shop, eat and drink and watch the footage from the big screens. You can also take part in fun challenges, such as longest drive and longest putt competitions.

3. Live music. Feeder, who rose to fame in the late 90s and early noughties, will headline the event on Sunday. They've enjoyed huge commercial success with their hits Just The Way I'm Feeling and Buck Rogers. Clean Bandit will also peform a DJ set. Their hit Rather Be won a Grammy.

5. The course. The best anywhere in the world. It is reportedly the first course in England to benefit from sub air technology, allowing the grounds team to control the moisture levels, regardless of the weather. It is immaculate.

NEXT PAGE: OUR BETTING TIPS FOR BMW PGA CHAMPIONSHIP