Nicolas Colsaerts went to his doctor a few weeks ago after suffering from swollen ankles and it proved to be an uncommon disease called primary membranous nephropathy. 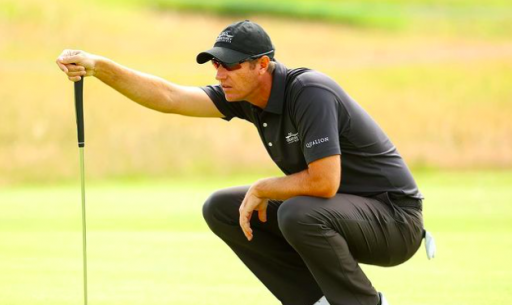 DP World Tour player Nicolas Colsaerts is currently in hospital after he was diagnosed with a rare kidney disease that began developing a few weeks ago.

Colsaerts, 39, went to his doctor as his ankles were swollen but once this was investigated further, they discovered fluid and multiple blood clots in his lungs.

After a week in the hospital, the Belgian was told that he had a rare kidney disease called primary membranous nephropathy which is a kidney-specific disease.

On Instagram, Colsaerts posted a summary of his diagnosis and described the day as one of the scariest in his life, in the company of his wife Rachel.

RELATED: THE FIVE BEST GOLF DRIVING RANGES IN ENGLAND THAT YOU NEED TO VISIT!

Now, the three-time DP World Tour winner is going through the first stage of Rituximab infusion and they will know in a couple of months if it has been successful.

Colsaerts gave his thanks to Mediclinic Parkview and City Hospitals and also the doctors from the DP World Tour. It is unclear as to when we could see the popular European back in competition.

Colsaerts broke through on the DP World Tour when he won the Volvo China Open in 2011. His most recent win came at the Amundi Open de France in 2019 and he has always been known as one of the biggest hitters on tour.

Arguably the highlight of his career came in 2012 when he was part of the European Ryder Cup team at Medinah. He contributed a point alongside Lee Westwood in the Friday fourballs to Europe's incredible win.

We hope that Colsaerts makes a full and speedy recovery.

NEXT PAGE: TOM WATSON JOINS NICKLAUS AND PLAYER AT THE MASTERS AS HONORARY STARTER