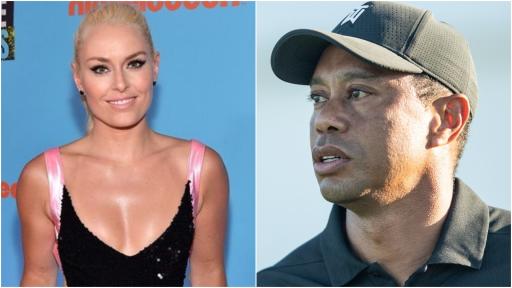 Tiger Woods' former love Lindsey Vonn has told ET Online that she is still friends with the former World No.1 golfer but that she did not like who she was becoming when in her past relationships.

Prior to her relationship with Woods, the most decorated ladies skier of her time married fellow alpine skier Thomas Vonn in 2007 before splitting in 2011.

After her relationship with Woods, she then got engaged to ex-fiance PK Subban before splitting in 2020 after spending three years together.

Vonn addressed her thoughts on her past relationships where she spoke about being happy to see Woods recovering from his horror car crash in Los Angeles back in February 2021.

Woods made his competitive recovery in an official PGA Tour event at the PNC Championship alongside his son Charlie Woods at the end of December 2021. Team Woods performed admirably finishing second behind John Daly and his son John Daly II.

"We are friends, and of course, I'm happy that he is back and healthy," Vonn said of Woods.

"And, you know, it was a tough time for him. So I am just happy that he's back with his kids [Charlie and Sam]."

Vonn then went into details about the difficulties she faced in relationships with fellow sporting stars.

"I just think, generally, it's really difficult to date anyone in the public eye, and I’ve always been a really open person," said Vonn, who has recently published a new memoir titled 'Rise'.

"But I think I learned that there’s some things that need to be kept private.

"And as much as I didn’t want to share everything that makes me happy and all the fun times that I had, that's also just for me and my partner, and I didn't need to share that.

"So it's difficult, obviously, being in this position because everyone wants a scoop and no one wants to know what I’m doing."

She added: "Being an athlete and focusing 100% on my skiing, being in a relationship was difficult because I didn’t really want to fight or argue.

"So I just kind of compromised and I was like, 'I’m traveling to them and I'm doing want they want to do too, and I’m having what dinner they want to have.' I wanted to please and I just sacrificed myself.

"I didn't really talk more about it because I don’t think it’s worth the pages.

Vonn is now looking to the future and she explains how she wants to soon settle down with a family.

"I’m just really happy. I’m in a great place and, once again, I’ve learned a lot about myself and what I need in a person," concluded Vonn.

"She also notes that she'd like to find a partner and have a family someday."

NEXT PAGE: HERE IS WHY DWYANE WADE DID NOT WATCH THE TIGER WOODS DOCUMENTARY