DP World Tour pro loses playing rights by one shot, not once BUT TWICE

Renato Paratore lost his card on the DP World Tour in the most agonising circumstances at the Portugal Masters and at the final stage of Q-school in Spain too. 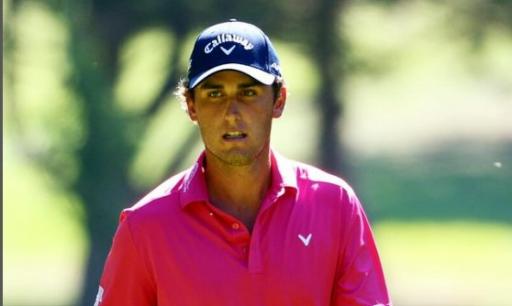 Heading into the Portugal Masters at Vilamoura, Renato Paratore knew he needed a good finish to sneak into the top 117 spots on the DP World Tour Rankings.

Having carded rounds of 68, 66 and 70, the Italian needed a big Sunday to keep his card. He produced another impressive 66, enough for him to finish in tied 18th at Dom Pedro Victoria Golf Course.

Unfortunately, a four-round score of 14-under took him up three places to 118th in the rankings. A tough blow to take, but all was not lost for Paratore as there was still Q-school.

The 25-year-old was eligible for the final stage of qualifying at the Lakes Course in Infinitum, Spain. After six gruelling rounds, Simon Forsstrom won the event on 29-under.

The top 25 and ties secured cards for the 2023 season, which will see increased prize money and a guaranteed earnings base of $150,000 for those who play in 15 events.

Had he found just one more birdie during the week, he would've won back his playing rights. Paratore may look to the Challenge Tour next year to play his way back to where he belongs.

The World No.403 earned his first win on the DP World Tour in 2017 at the Nordea Masters. He doubled up at the Betfred British Masters two years ago at Close House.

The top 50 players in the DP World Tour Rankings are playing in the finale to the 2022 season this week in Dubai, with the likes of Rory McIlroy, Matt Fitzpatrick and Tommy Fleetwood battling it out to finish top of the pile.