Golf Betting Tips: Our TOP PICKS for the 2021 Scottish Open

Englishman Aaron Rai will be looking to defend his Scottish Open title from 2020 as they return to the Renaissance Club for the third consecutive year. 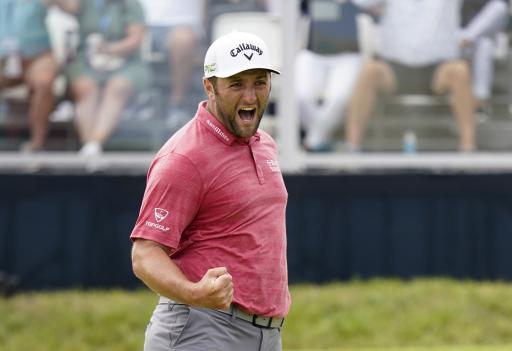 Some of the world's best golfers will be teeing it up at the Scottish Open this week as they adapt to links golf before they head to the Open Championship.

US Open champion Jon Rahm, Collin Morikawa, Xander Schauffele and Justin Thomas are just some of the players that golf fans are looking forward to watching at the Renaissance Club.

From the stellar field, we are going to try and pick out three golfers that we believe will go close and perfectly prepare themselves for the year's last major tournament at Royal St. George's next week.

This may be a boring pick, but it is difficult to overlook such an in-form player. His win at the US Open was brewing after he held a six-shot lead at the Memorial Tournament before he was forced to withdraw.

The World No. 1 is incredibly consistent with 11 top-10 finishes in his last 18 events and he has good form on links courses too, winning the Irish Open twice in the last four years.

7/1 is admittedly a short price for a favourite in a professional golf event, but it is clear that all the statistics point towards the Spaniard.

English players have a very good record in recent years at the Scottish Open, with an Englishman either winning or coming second in five of the last seven renewals.

The World No. 11 came second at the Scottish Open in 2016 just one shot behind Alex Noren and he has won four Rolex Series events on the European Tour.

Guido Migliozzi is one of the most exciting European players on tour right now, which was highlighted by his superb finish for tied fourth at the US Open.

Before that, the Italian finished second in back-to-back weeks on the European Tour, including losing to Richard Bland in a playoff at the Betfred British Masters.

The two-time European Tour winner has only been a professional for five years, but he has been so impressive in 2021 and 55/1 is an absolutely huge price.