Some golf fans on social media loved Tommy Fleetwood's new haircut which he showed off at the acciona Open de Espana on the DP World Tour on Tuesday. 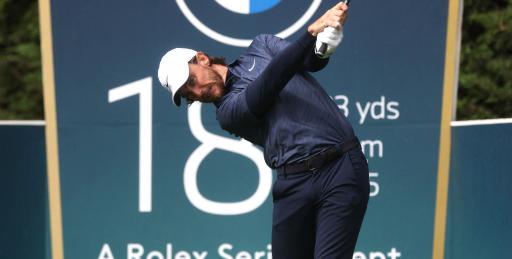 If you attend a golf event on the PGA Tour and the DP World Tour and you spot a golfer with long, dark locks of hair bursting out of their cap, it's likely you've come across Tommy Fleetwood.

Fleetwood burst on to the scene in America when he finished tied fourth at the US Open behind Brooks Koepka in 2017. His long-haired look has become one of the most recognisable silhouettes on Tour.

However, at the acciona Open de Espana on the DP World Tour, the Englishman took part in a media session and he showed off a slightly different look.

Golf fans were both thrilled and surprised by Fleetwood's new hairstyle. Some compared him to Jesus, while another fan said his hair was similar to the late, great George Harrison of The Beatles.

The 31-year-old hasn't won on the DP World Tour in three years and he may have to topple two-time Open de Espana winner and home favourite Jon Rahm to pick up his sixth victory on the European circuit.

"It's so important to keep these events going and having the chance to support the event and (to) come and play is a great thing," Fleetwood said at Club de Campo Villa de Madrid.

"I feel very lucky and again, and it's one of them. Players love having their names on trophies, especially the ones that have got such a long history to them. I'll be doing my best this week to do so."

Here are the best responses from golf fans over Fleetwood's new hairstyle:

He is taking the “Fairway Jesus” moniker to a completely new level with this sweater and haircut https://t.co/mBnrI60D1t

Is it just me or does Tommy look like Zach Galifianakis playing the role of a female tennis player? https://t.co/12QPD4wX1n

Thought it was George Harrison for a minute